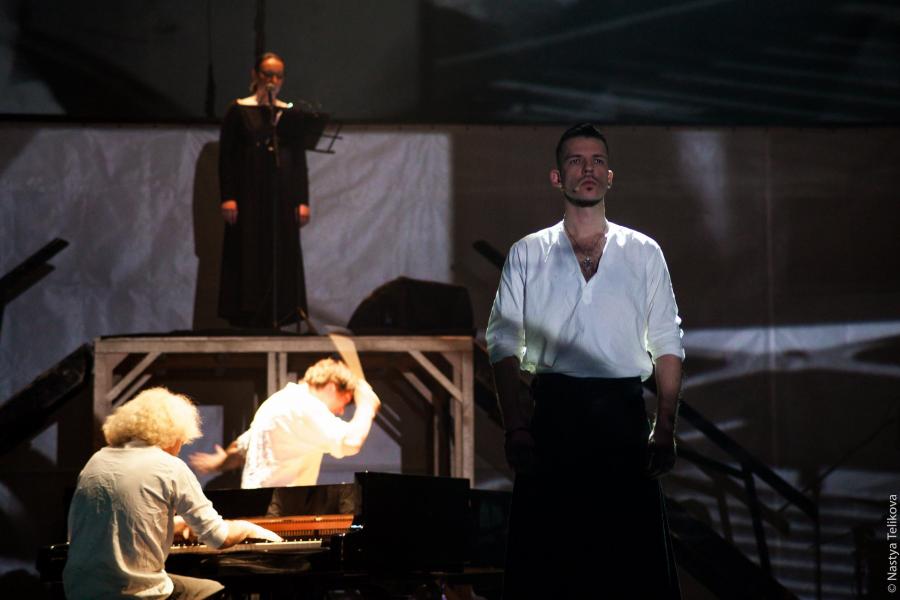 YEVHEN RAKHMANIN was born in Energodar in 1993. From 2000-2009, Yevhen was enrolled in a children’s music school where he studied vocals, piano and saxophone. Yevhen studied voice at the Glier Institute of Music from 2009-2013. Since 2015, Yevhen has been a member of Nova Opera. As a soloist he was involved in opera-requiem IYOV, overnight opera The UnSimple, opera circus BABYLON, AIR and ARK productions. Yevhen Rakhmanin has worked at the National Opera of Ukraine since 2016. Since 2018 he has been the soloist of the «Open Opera Ukraine» formation. Also since 2019 he is a participant of the Opera Academy at the Warsaw Opera. In 2019 he received a Master's degree from the National Music Academy of Ukraine. During his studies he performed roles at the following operas: Don Giovanni as Mazetto and Commendatore, The marriage of Figaro as Figaro, Eugene Onegin as Gremin, The touchstone as Count Azdrubale, Acic and Galatea as Polifem and others.