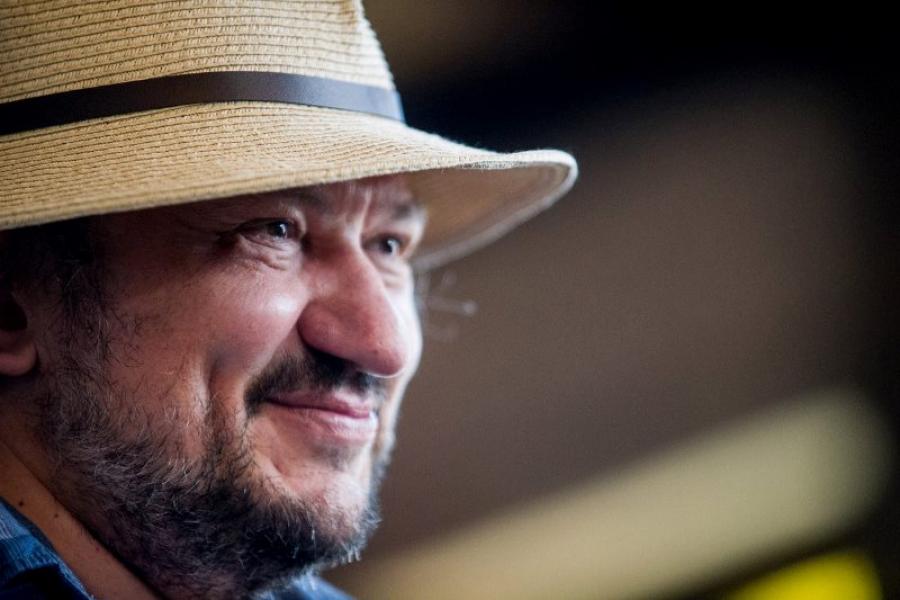 VLAD TROITSKYI  the founder of the Center for Contemporary Art «DAKH», actor, director, producer, scenographer, artistic director, creator of DakhaBrakha, DakhDaughters, Nova Opera, TseSho, creator and president of the Festival of Contemporary Art «GogolFest». Vlad was born in Ulan-Ude, Russia in 1964. He graduated at the Radio Technician Facility of Kiev Polytechnic Institute in 1987, and finished post-graduate course at Kiev Polytechnic Institute in 1990. In 2002 he received his diploma in acting and directing at the Russian Theatre Art Academy in Moscow. Troitskyi is the founder, director and art director of DAKH Centre of Contemporary Arts, where he has directed more than 35 performances. In 2004 he founded DakhaBrakha, the ethno-chaos band, and in 2007 he launched the Festival of Contemporary Art GogolFest. He is also founder of the Dakh Daughters Band. 2014 in Hungary, Vlad Troitskyi directed the opera Die Tote Stadt (The Dead City) by Erich Wolfgang Korngold. 2014 he founded Nova Opera formation and staged improvisational opera Coriolanus, trilogy on biblical texts: opera-requiem IYOV, opera-circus BABYLON and opera-ballet ARK. In 2019 Vlad created a performance at the shipyard for grand-opera NERO.