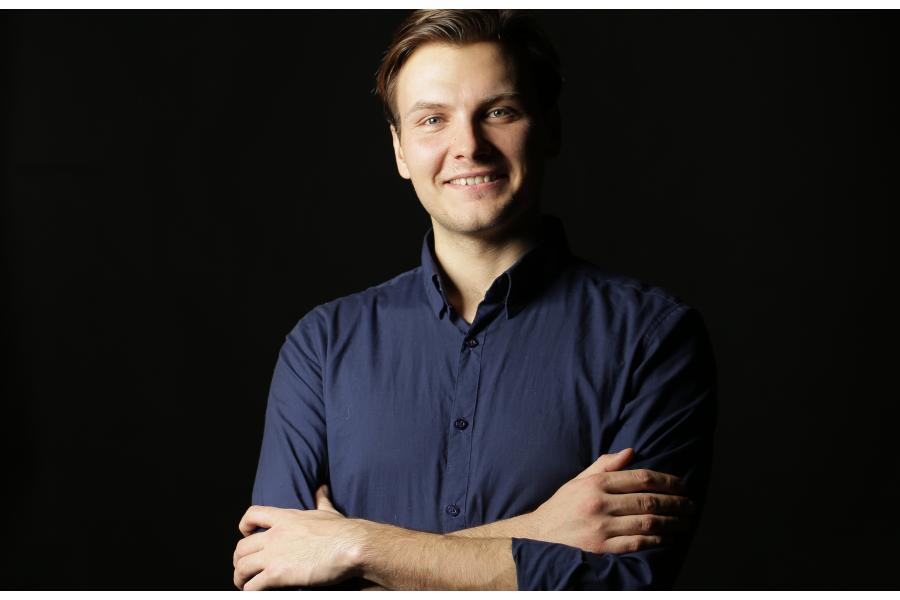 Belarusian conductor Vitali Alekseenok has been conductor and artistic director of the Munich University Orchestra since the 2017/18 season.

As an opera conductor, Vitali Alekseenok has worked in opera houses in Munich, Barcelona, Weimar, Graz, Orvieto, Varna, and also conducted in 2018 a new production of Mozart's opera Don Giovanni in the military region of Ukraine in Severodonetsk as part of the "Music and Dialogue" project.

Vitali Alekseenok is actively engaged in pedagogical activities: he was a member of the jury of the German music competition "Jugend musiziert", held educational projects in Western and Eastern Europe, and conducted numerous youth orchestras in Germany, Italy, Poland and Ukraine. Since the 2020/21 season he has been working at the University of Music in Frankfurt am Main. Since the 2021/22 season Alekseenok has also been Principal Conductor of the Monferrato Classic Orchestra of the Piedmont region in Italy.

Vitali Alekseenok, since season 2017/18 became a new chief conductor of the “Abaco Orchestra” of Munich University, and has conducted such orchestras as Lucerne Festival Strings, Jena Philharmonic, INSO-Lviv Symphony Orchestra, Gotha Philharmonic, Lviv Philharmonic, Karlovy Vary Symphony Orchestra and others. He was founder of Gustav Mahler concert series in Thuringia wherein he performed his “The Song of the Earth” in Weimar and Erfurt. He also conducted Stravinsky’s “The Soldier’s Tale” in St. Petersburg with members of St. Petersburg Philharmonic and Mariinsky Orchestra and his own compositions with members of “I, culture orchestra” in Gdansk, Poland. Since season 2016/18 he closely cooperates with Oksana Lyniv, with whom he worked as a conductor and musical assistant in the Bavarian State Opera, Teatre del Liceu Barcelona, Graz Opera, with the “New Philharmony Munich” and Bavarian Youth Symphony Orchestra. Born in Belarus Vitali Alekseenok continued his musical studies in the Rimsky-Korsakov St. Petersburg State Conservatory with Prof. Alexander Alekseev and in Weimar High School of Music with Prof. Nicolas Pasquet. He took part in master classes with Bernard Haitink, Peter Stark, Bruno Weil and others. Since the season 2020/2021Vitaly works at Frankfurt University of Music and Performing Arts in Frankfurt am Main. He became the artistic director of Kharkiv Music Fest in 2021.