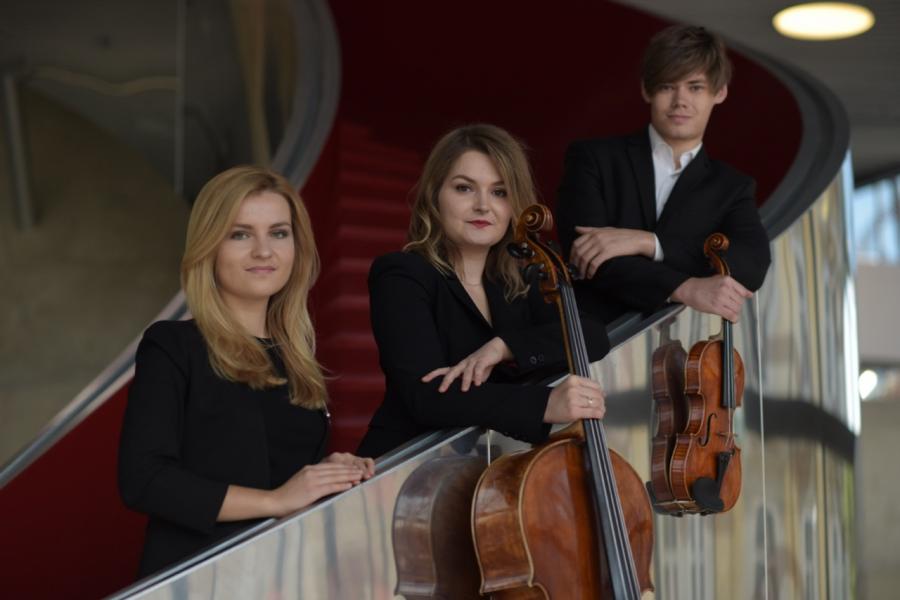 The SoloWay Trio was founded in 2015 and consists of three highly-qualified musicians currently studying at the University of Music and Performing Arts in Graz in the class of Prof. Chia Chou.

Despite their young age, all the three have won numerous prizes at national and international competitions. SoloWay Trio was the winner of “Förderstipendium in Gold” (December 2017) and “Förderstipendium in Silber” (December 2016) at the “Martha-Debelli-Stifftung”. SoloWay Trio also won the 1st prize at the “9th Concorso Internazionale di Esecusione Musicale - Giovani Musicisti” (March 2017).

The trio is regularly invited to represent KUG at important events. In April 2017 and January 2018, they performed at prestigious concert cycles “Zusammenspiel Plus” (Graz) with great success. Both Concerts were recorded and transmitted by the ORF1 Austrian radio. In summer 2018, they made their debut in “Stefaniensaal” of Musikverein Graz.

SoloWay Trio was awarded several recording sessions at the University of Graz as well recordings for ORF1. Recently, the SoloWay trio could be heard on Radio Klassik with recordings of Franz Schubert and Anton Arensky.

Soloway, from Ukrainian “соловей”, means the nightingale, which is recognised all over the world for its beautiful singing.