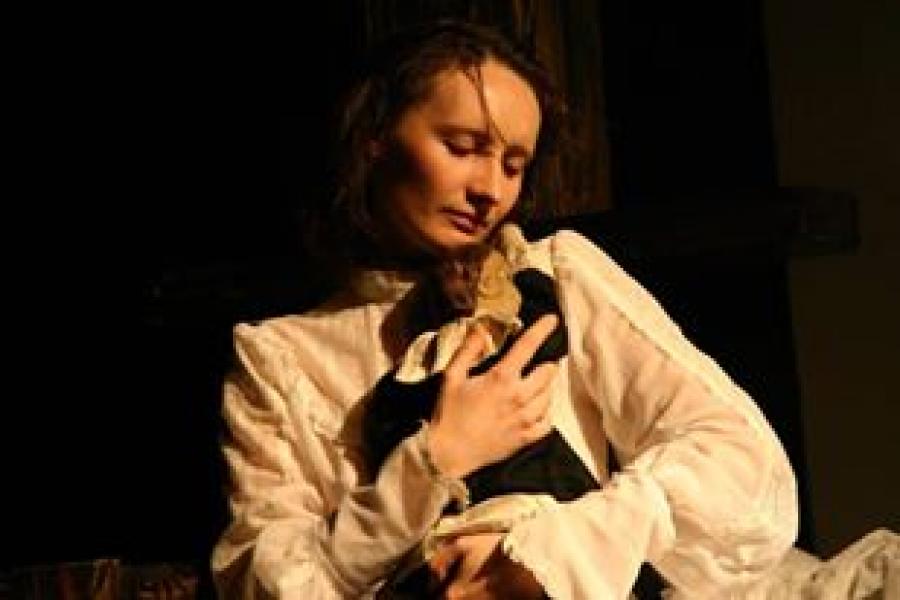 TETIANA TROITSKA was born in Kyiv in 1975. Tetiana is an actress at Center of Contemporary Art DAKH. From 1981-1987, she studied at Classical Ballet Studio. Since 1990 Tetiana continued her studies at the Anatolyi Cherkov Theatre Studio. From 1996-1999, she studied directing and acting at the Centre of Contemporary Arts DAKH. In 2002, Tetiana graduated from the Directing/Acting program of Russian Theatre Art Academy in Moscow. Tetiana is a director of documentary films A Little Prince (2004), and Prologue (2005). As an actress she played the leading roles in the performances Lyric Dialogues, Roberto Zukko, Perfidy and Love, Shelmenko the Batman directed by V. Ogloblin, Forth is Unnecessary, Time of Troubles, Marriage, The Death of Gogol, and Oedipus. Dog’s Cage directed by V. Troitskyi. At the first Nova Opera production, Coriolanus, Tetiana created content for video decorations as the Assistant Director. In IYOV and BABYLON operas, she is the actor in the performances.