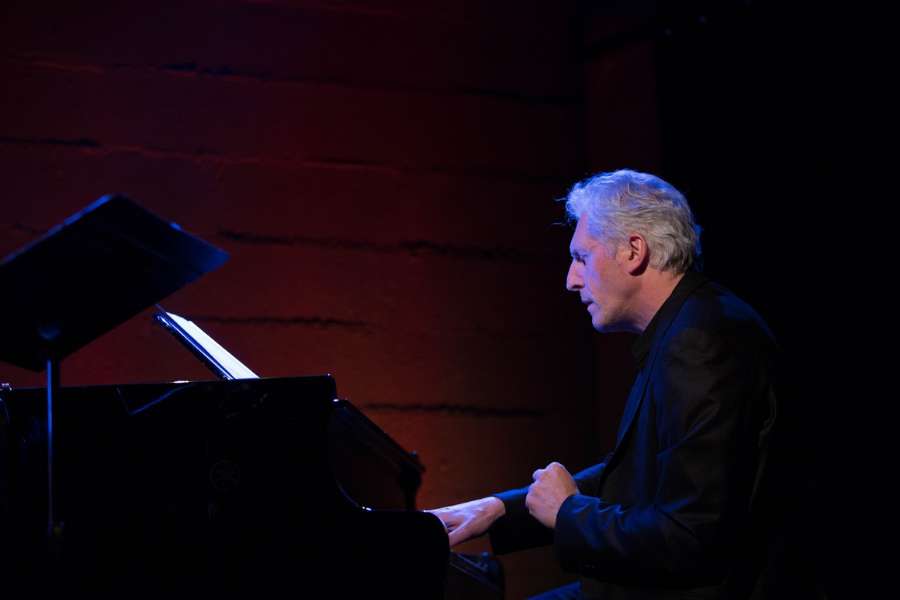 Pianist Stephan Oliva began confirming his reputation in the late eighties, in trio, duo and solo; his style and highly sensitive touch did not go unnoticed. A true original, he confidently assumes his eclectic taste which ranges from his own compositions to tributes to a wide variety of personalities including Bill Evans, Lennie Tristano, Paul Motian, Giacinto Scelsi, Paul Auster, Bernard Herrmann and more recently, his new reading of the pioneers of Harlem Stride. His discography has been acclaimed by the press in the form of awards such as a “Golden Django – Revelation” (1992), Jazzman magazine’s “Shock of the Year” (4 times, in 1998, 2000, 2002, 2004), the Boris Vian Award from the French Academy of Jazz (2002), “Favourite Record” from the Charles Cros Academy (2002), listed in the Top 20 of Les Inrockuptibles magazine… Stephan Oliva is a passionate film fan, and was one of those who collaborated on the Jazz ‘n (e)motion CD set (1997), a collection of piano improvisations on film music. He composes or improvises directly in front of the screen for silent films, including G.W. Pabst’s Lulu, J. Feyder’s Crainquebille [Bill]… He’s written the score for several short films e.g. La Vie par volutes, and recorded a whole programme devoted to the famous composer of film scores, Bernard Herrmann, and has given many concerts around these themes. He also composed and played the soundtrack for Jacques Maillot’s Les Liens du Sang [Blood Ties] and Froid comme l’été, awarded the Italia Prize in 2003. Among Stephan Oliva’s most significant groups: a trio with Bruno Chevillon and Paul Motian, another with Bruno Chevillon and François Merville, yet another with Claude Tchamitchian and Jean­Pierre Jullian, a quintet with Matthieu Donarier, Jean­Marc Foltz, Bruno Chevillon and Nicolas Larmignat, a sextet with François Raulin, Marc Ducret, Laurent Dehors, Christophe Monniot and Paul Rodgers, a quartet with Rémi Charmasson, Jari Hongisto and Claude Tchamitchian, a duo with Linda Sharrock, another with Joey Baron, and another with Susanne Abbuehl, the Echoes of Spring Quintet, the Soffio di Scelsi Trio… Since 2006, he has worked regularly with the actress and singer Hanna Schygulla (Kerstin Specht’s Marieluise and Jean­Claude Carrière’s Par Coeur)