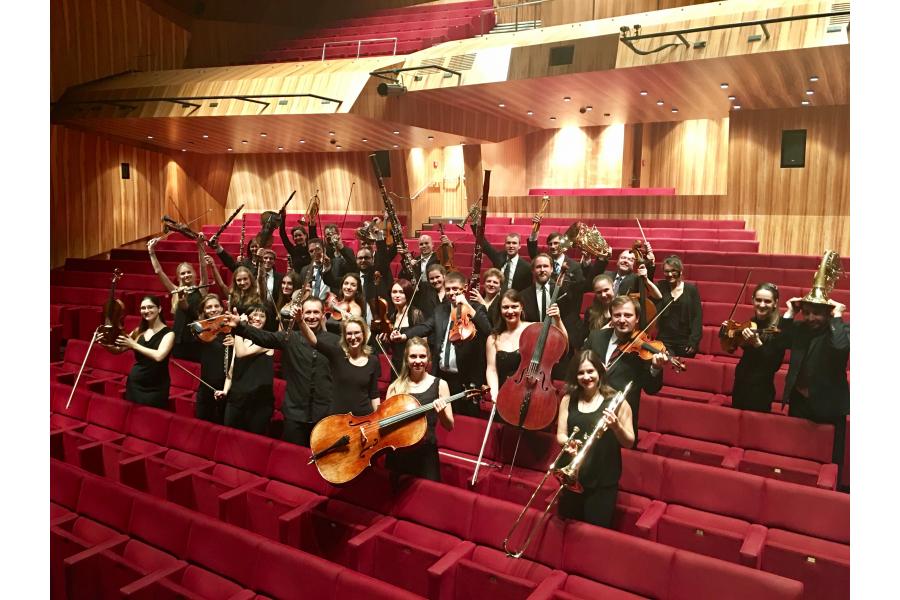 The young chamber orchestra “CON FUOCO” was founded in 2007 with the aim of further professional development and promotion of highly talented student musicians on graduation. Svetoslav Borisov, a Bulgarian-Austrian conductor (Conductor at Theater Magdeburg) and Michael Nemeth (an Austrian music manager) are the founders of the Orchestra. After its inaugural open-air concert, the Orchestra successfully has played in “Musikverein Graz” and the historical Centre of Graz, as well as at Lobkowitz Palace in Vienna and concert hall of the  “MuTh” Theatre, the venue of the famous Vienna Boys Choir.

A short time ago, the “CON FUOCO” orchestra played together with Gabor Boldoczki, a Hungarian trumpeter. In June 2017, the concert was held to mark the 10th anniversary of the Orchestra, hosted by the Government of Styria, Austria. As a result, the collaboration between the Orchestra and the outstanding Summer Academy of the Vienna Philharmonic has been initiated and young musicians participated in Haydn’s “Sinfonia Concertante” performance.