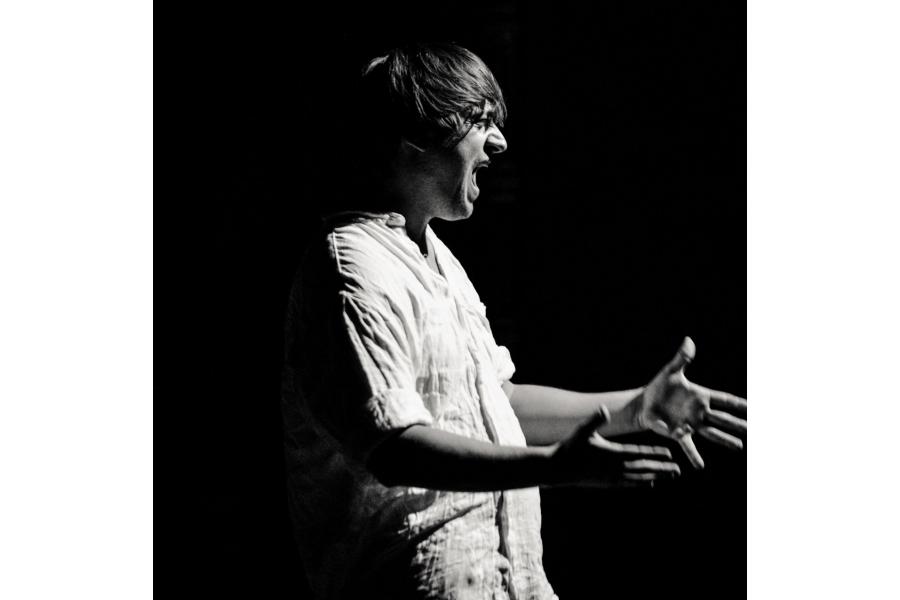 ROMAN GRYGORIV  is a gifted Ukrainian composer, conductor and author of chamber, vocal, symphonic works, and theatrical music. Roman was born in 1984 in Ivano- Frankivsk, Ukraine. He continued postgraduate studies at the National Music Academy. As well, he is the chairman of the artistic foundation PORTO FRANKO, founder and director of international festivals, such as: the Frank Opera fest; Porto Franko (Ukraine); MOZ- ART 2014 (China); and the Music from Europe in 2015 (China). He has also been an artistic manager of international festivals, including the O-Fest 2013-2015 (Ukraine). Since 2011, Roman has worked as a composer and artist of the National Presidential Orchestra of Ukraine. And since 2011, he has been a member of the National Union of Composers of Ukraine. In 2015, together with composer Illia Razumeyko, he created the opera-requiem IYOV for the international festival GogolFest (director - Vlad Troitskyi). Since 2016 Roman Grigoriv and Illіa Razumeіko became the co-authors of the overnight opera The UnSimple, and opera-circus BABYLON, opera-ballet ARK, horror-opera Hamlet, funk-opera AIR, futuristic opera AEROPHONIA, grand-opera NERO, opera-dystopia GAZ and film music.