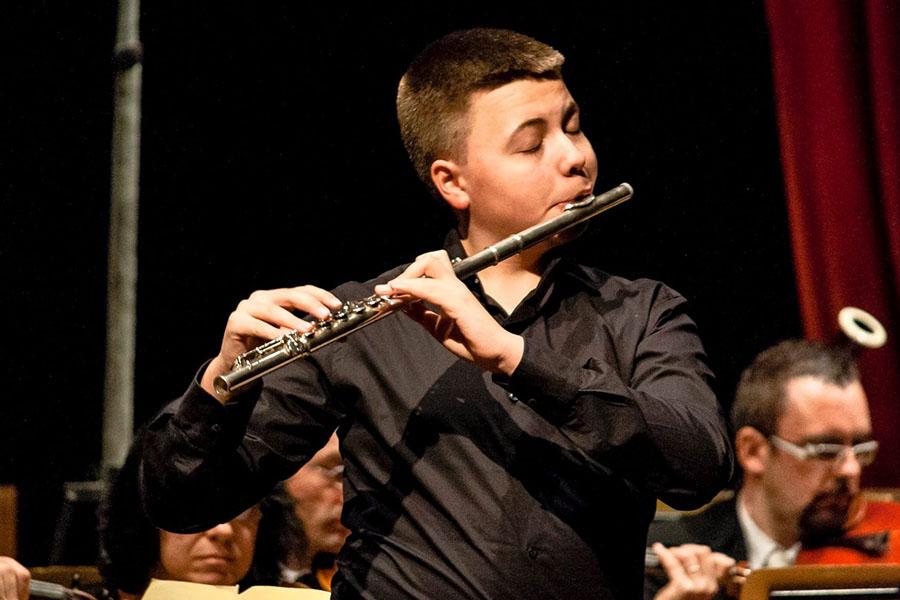 17 years old. After graduating from the Conservatory Ottorino Respighi (Latina), he participated in numerous master classes. Currently he is studying at the “Hochschule für Musik und Theater” (Munich, Germany).
Riccardo Cellacchi is an award winner of many competitions, including the Concorso Flautistico Nazionale Emanuele Krakamp (2012, 2013), ˮSeverino Gazzelloniˮ (2012, 2014, 2015), ˮRiviera Etruscaˮ (2014); he won the 2nd prize at the Jeunesses International Flute Competition in Bucharest (2014, Romania), the 3rd prize at the AudiMozart International Competition (2016) and the 4th prize at the 7th International Flute Competition in Krakòw (Poland, 2017).
In 2017 he played Mozart’s concerto with the Perugia Chamber Orchestra and Penderecki’s concerto with the Krakòw Chamber Orchestra.