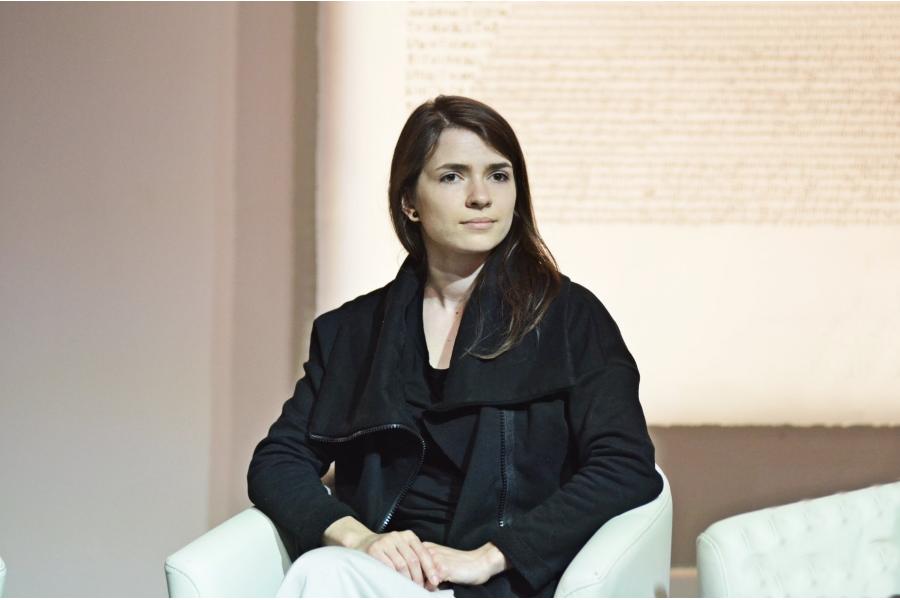 Born in Lviv in 1991. Ukrainian journalist and writer, author of the book on national minorities in Ukraine “Our Others”. Specializes on topics of cultural and national identity, and the frontier.

Olesya Yaremchuk worked as a correspondent of the international department at the “The Day Newspaper” (Kyiv); freelance journalist for “The Day Newspaper” (Kyiv); and magazines: “Litaktsent” (Kyiv), “New Eastern Europe” (Krakow) and “Ukrainian magazine” (Prague). She did internships in German “Deutsche Welle” (Bonn) and “Hamburger Abendblatt” (Hamburg). Since 2015, she is the author and journalist of the project on national minorities in Ukraine “Our Others” in the online-magazine “The Ukrainians” (Lviv). Reportages of Olesya Yaremchuk have been translated into the Czech, German and English languages.

Olesya authored and curated the Special Program of Literary Reportage “Crossing the Borders” at the 25th “Lviv Publishers’ Forum” (2016) and other events at literary festivals.

From January 2016 to April 2017, she curated the Maik Yohansen Literary Reportages Award “Samovydets” at the Tempora Publishing House. From June 2017 to February 2019, she worked as the Editor-in-Chief of the Choven Publishing House, which specializes on reportage and documentary literature.

She is the laureate of the Literary Reportages Award “Samovydets” from the Tempora Publishing House (2014), “LitAccent of the Year Award” (2018), scholar of the “ADAMI Media Prize” (2018) and the “KulturKontakt Austria Foundation” (2019).