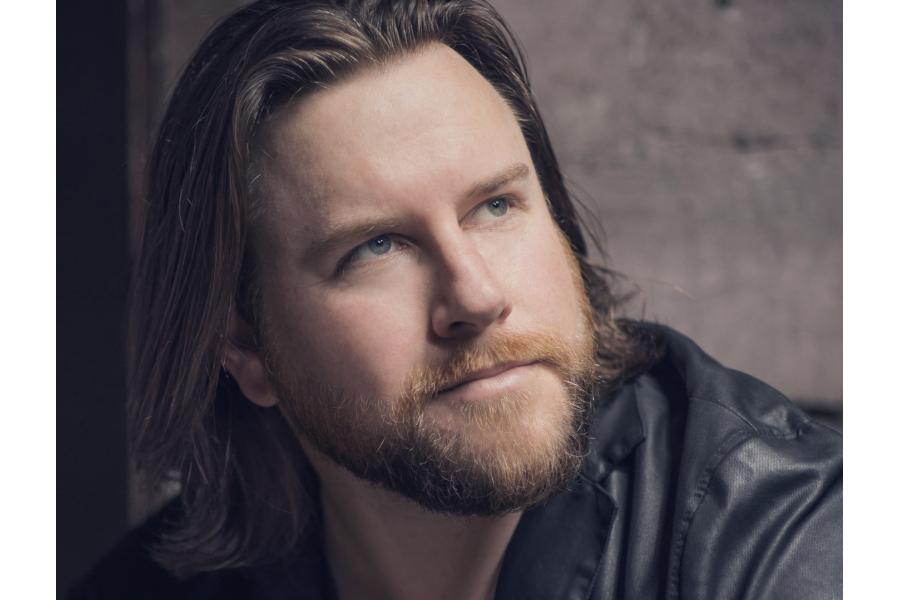 Acclaimed as a ‘formidable and richly expressive baritone’ by the Cincinnati Enquirer, Noel Bouley has been applauded for his ‘commanding presence and portrayal of real humanity on stage.’

Mr. Bouley is now in his fifth season as an ensemble member at Deutsche Oper Berlin. His first role upon arrival in 2013 was the title role in Verdi’s “Falstaff” in a premiere production directed by Christof Loy. He was hailed as “…an excellent Falstaff, with a great sense of comic timing and a burnished baritone…”

Recently he had big success with his debuts as Enrico in “Lucia di Lammermoor” and as Amonasro in “Aïda” in Berlin and with his highly acclaimed debut in the title role of R. Wagner´s “Der fliegende Holländer” at Opera San José in California. His plans include important role and company debuts as Ford in a revival of “Falstaff” at Oper Köln, Giorgio Germont in “La Traviata” at Glyndebourne, the title role of “Der fliegende Holländer” at Deutsche Oper Berlin and at Theater Chemnitz, Marcello in “La Bohème” at Austin Opera, High Priest of Dagon in “Samson et Dalila” at Washington National Opera, Lindorf/Coppélius/Dappertutto/Miracle in “Les contes d´Hoffmann” at Deutsche Oper Berlin and Wotan/Wanderer at Philharmonie am Gasteig Munich and Liederhalle Stuttgart.

Bouley began the 2016-2017 season with a return to Deutsche Oper Berlin in the role of Don Alfonso in a premiere production of “Così fan tutte” in which he was praised for his ‘Striking and Flexible Baritone!’ He then continues with Sharpless in “Madama Butterfly”, Monterone in “Rigoletto”, and Donner in “Das Rheingold”, as well as covering the title role in a new production of “Der fliegende Holländer”. He also gave his debut in Munich with Orff´s “Carmina Burana” and was very successfull with Verdi and Puccini alongside Anna Netrebko and Yusif Eyvazov at Waldbühne berlin. In the 2015-2016 season Bouley made his debuts singing “Carmina Burana” with the Dallas Symphony Orchestra, the Bravo! Vail Music Festival, and the Aspen Music Festival, as well as the Round Top Music Festival singing Beethoven’s 9th Symphony. In October 2015, Bouley made his second appearance with Amarillo Opera singing Horace Tabor in “The Ballad of Baby Doe”. He then returned to Deutsche Oper Berlin where his roles included Sergeant Lescaut in “Manon Lescaut”, Dulcamara in “L’elisir d’amore”, Biterolf in “Tannhäuser”, Swallow in “Peter Grimes”, and the Förster in “Das schlaue Füchslein”.

Mr. Bouley was the winner of the 2013 Shreveport Opera’s Singer of the Year Competition and a finalist in the Houston Grand Opera’s Eleanor McCollum Competition and the Dallas Opera Guild’s Vocal Competition. He received a Master of Music in Vocal Performance and an Artist Diploma in Opera from the University of Cincinnati College-Conservatory of Music and a Bachelor of Music in both Vocal Performance and Music Education from Louisiana State University. During his training Bouley performed many roles including the title roles in “Falstaff”, “Le nozze di Figaro”, and “Sweeney Todd” in which he ‘…inhabited the murderous barber, with frightening precision and ease,’ as well as George in “Of Mice and Men”, Collatinus in “The Rape of Lucretia”, and Escamillo in “Carmen”.

An accomplished concert artist as well, Bouley has performed many works including Vaughan-Williams’ 5 Mystical Songs with the Lexington Philharmonic in which he ‘… got to display his deep, meaty voice to full advantage, providing the appropriate tones of gravitas and rapture to this sublime music.’ Other works include Orff’s “Carmina Burana”, Stravinsky’s “Pulcinella”, Requiems by Mozart, Fauré, and Duruflé, the Copland Old American Songs, Handel’s “Messiah”, and Bach’s Mass in B minor.

Noel Bouley is a native of Houston, Texas.