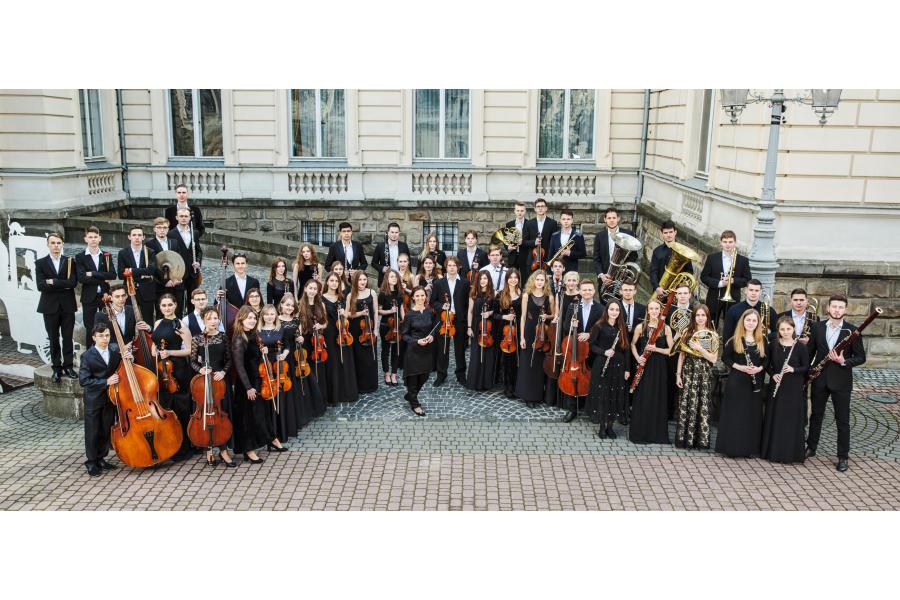 The Youth Symphony Orchestra of Ukraine

The founding of the Youth Symphony Orchestra of Ukraine (YsOU) in 2016 was initiated by the three German institutions – the BeethovenFest in Bonn, the Bundesjugendorchester and Deutsche Welle, as well as by LvivMozArt Festival and conductor Oksana Lyniv, who is also
a co-founder and art director of the Orchestra.
The Orchestra has initiated the most gifted young musicians in the 12-22 age range from all the corners of Ukraine. The Orchestra was presented for the first time at the 2017 LvivMozArt Festival when the young musicians performed together with the Bundesjugendorchester (their joint performances were also held in August-September 2017 when they were on tour in Kyiv, Bonn and Berlin).
At the end of 2017, after audition, the Orchestra increased its size and became a large symphony orchestra with 70 participants. In April 2018, the first YsOU Music Camp was held, the intensive programme of which included numerous lectures, master classes, rehearsals and preparations for the upcoming concerts. In 2018, the YsOU led by Oksana Lyniv will perform at the second LvivMozArt Festival in Lviv, as well as appear on the
leading European stages at the Young Euro Classic Festival in Berlin (Germany) (concert will broadcast on ARTE TV) and the opening season concert entitled ‘Build Bridges’ at the Musikverein in Graz (Austria).