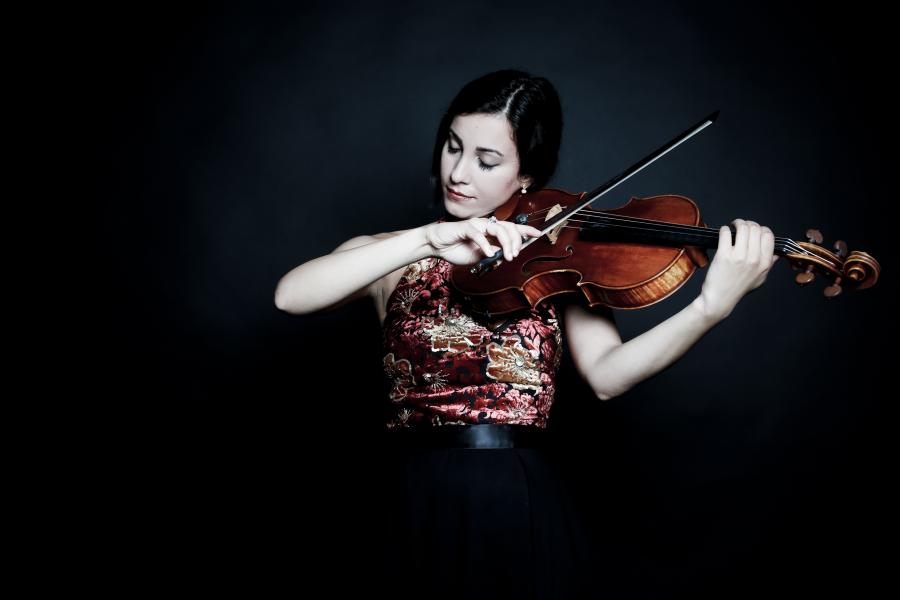 American/Iranian Violist Muriel Razavi, is currently a Master Student of Prof. Tatjana Masurenko in Leizpig. Before going to Leipzig she was a student of Prof. Tabea Zimmermann from 2012-2017. She gained many musical impulses at international master classes while working with renowned musicians such as Rainer Kussmaul, Hatto Beyerle, Wolfram Christ, Nobuko Imai and Jean Sulem.

Since 2016 she is studying the baroque Viola in the two-year Academy of the historically informed Chamber Orchestra “Balthasar Neumann Ensemble” with Thomas Hengelbrock.

She is an active member of the West Eastern Divan Orchestra of Maestro Daniel Barenboim and of the Chamber Orchestra “Le Concert Olympique” of Jan Caeyers.

She has been invited to play chamber music at various international music festivals such as the “Semanas Musicales de Frutillar” in Chile, where she also gave a masterclass. She was invited to the “International Seiji Ozawa Academy Switzerland” and joined the “International Zermatt Festival Academy” with the “Scharoun Ensemble“ of the Berlin Philharmonic Orchestra.