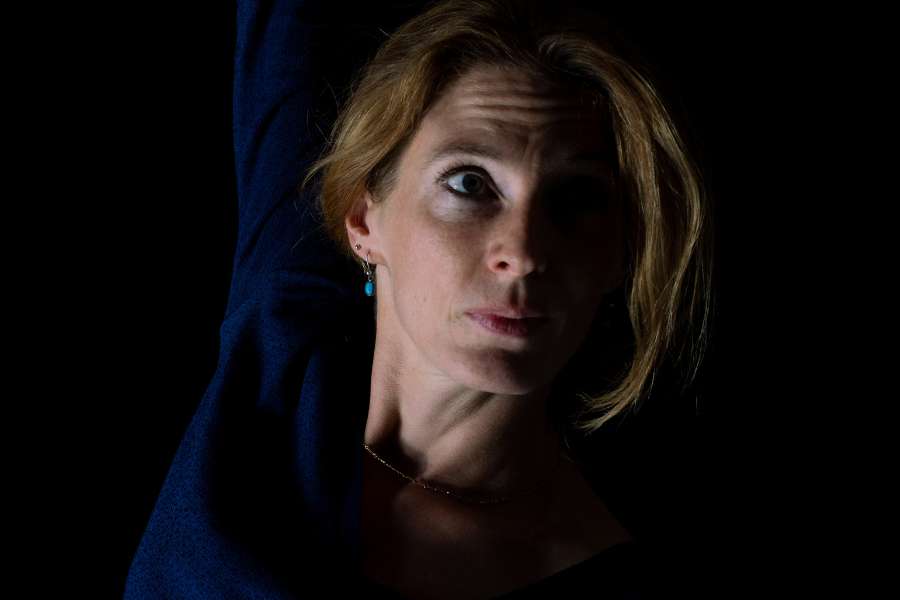 Mélissa Von Vépy, a Franco-Swiss artist, started circus at the age of 5 at the Ateliers des Arts du Cirque de Genève, then joined the CNAC, from which she graduated in 1999 as a trapeze artist.

In 2000, she founded the Moglice-Von Verx Company with Chloé Moglia and they created three shows together : Un Certain endroit du ventre (2001), Temps Troubles (2003), I look up, I look down…(2005). With the latter they obtain the SACD prize for circus arts.

Since 2007, Mélissa Von Vépy has been pursuing a singular artistic research in which the scenographic elements she designs specifically for each show are an integral part of the dramaturgy of her plays, which are always based on aerial expression linked to theatre and dance: the physical and inner dimensions of Gravity.

Her meeting with the Butô and Sumako Koseki influenced her artistic universe and also by close collaborations with composers Jean-Damien Ratel and Stéphan Oliva.

From 2010, her creations will be created under a new company name: “Happés” meaning caught up in French as being “sucked” into a universe of poetic, philosophical and dreamlike metaphors evoking universal feelings and questions.

Mélissa Von Vépy is an artist associated with Nexon’s Circus Centre (2019-2022) and La Cie Happés has an agreement with the Occitanie Region.