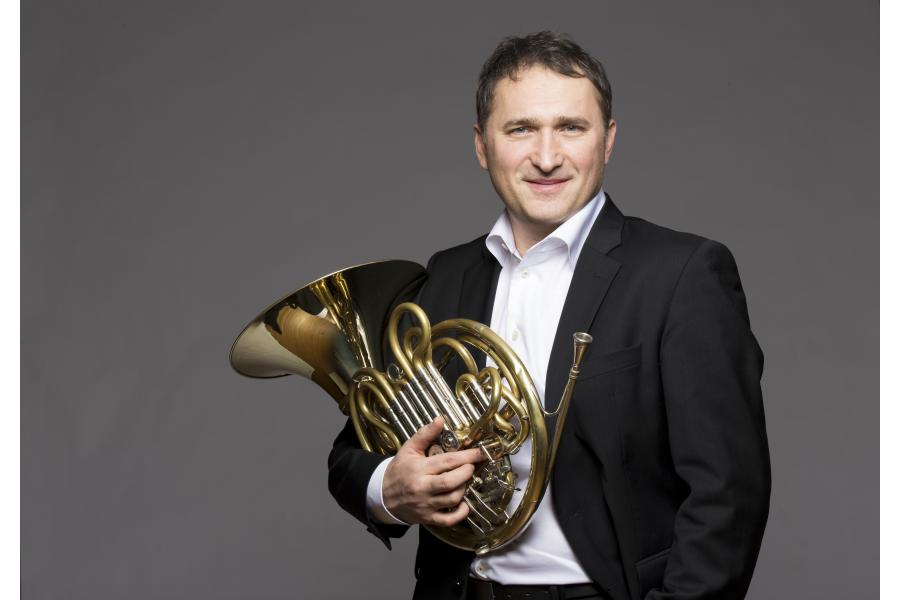 At the age of 7, he was admitted to the Lysenko Special Music School, where he studied horn, violin and piano. Afterwards, he continued his studies at the Tchaikovsky National Music Academy of Ukraine in Kyiv and Geneva Conservatoire Superieure de Musique. There, apart from conducting and chamber music, he upgraded his skills in horn playing under Bruno Schneider and received a diploma with a distinction in solo performing. Later on, Konstantin Timokhine graduated from Zurich High School of Music and Theatre under David Johnson, receiving another diploma in solo performing. Additionally, he did the course of playing the baroque and historical horn in the class of Glen Borling.

Konstantin Timokhine is a winner of the International Horn Competition in Minsk (Belarus) and the National Competition of Musical Arts in Riddes (Switzerland).

At the age of 17, Konstantin Timokhine debuted as a soloist with the Ukrainian Youth Orchestra on a concert tour in Japan. He was also successfully performing with various symphonic orchestras of Europe, playing horn concertos by W.A. Mozart, J. Haydn, L. Cherubini, R. Glière, E. Bozza, and C.M. von Weber.  Nowadays, Konstantin Timokhine is performing all over the world with chamber music ensembles, including the Colorado String Quartet (the USA), Fidelio and Contrechamps Ensemble of Geneva and The Yofin Baroque Ensemble of Zurich. Together with Cecilia Bartoli, he also appeared on the “Sacrificium” programme (awarded Grammy).

After being the first hornist in the Geneva Chamber Orchestra and the St. Gallen Symphony Orchestra, as well as a hornist in the Zurich Opera Orchestra, Konstantin Timokhine is currently the concertmaster of the horn group in the Basel Chamber Orchestra, touring with the world renowned soloists and conductors, performing in the largest concert halls. As a horn soloist playing the authentic instruments, he regularly plays with the Kanazawa Orchestra Ensemble (Japan), ‘Le Musiciens du Louvre’ under Mark Minkowski (France), and ‘Giardino Armonico’ (Italy) under Giovanni Antonini. Konstantin Timokhine has released records under the prestigious labels (including Sony and Naïve), as well as made records for planty of radio stations.