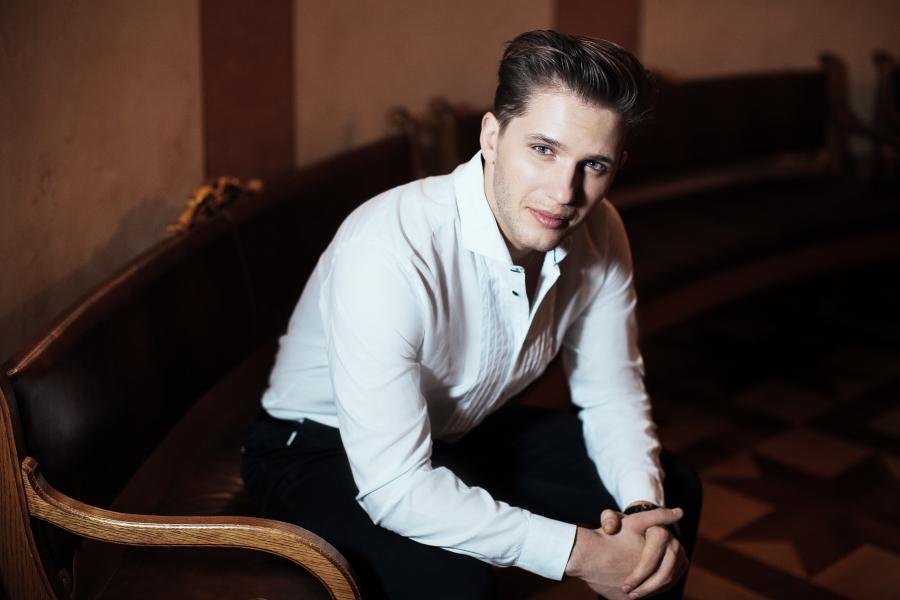 Ukrainian opera singer. This year he was a finalist in the Song Prize at the “2017 BBC Cardiff Singer of the World” Competition. Since 2014 he has been a member of ensemble at Frankfurt Opera, where his roles include: Marcello (“La bohème” G.Verdi), Conte (“Le nozze di Figaro” W.A.Mozart), Enrico (“Lucia di Lammermoor” G.Donizetti), Guglielmo (“Così fan tutte” W.A.Mozart), Dandini (“La Cenerentola” G.Pucinni), among others title roles in “Don Giovanni” by W.A.Mozart  and “Eugene Onegin” by P.Tchaikovsky. In the 2017-18 season, Yuriy will make role debuts in new productions of “Peter Grimes” by B.Britten and “Die lustige Witwe” at Oper Frankfurt. Yuriy will also return to the Bolshoi Theatre to reprise his critically-acclaimed portrayal of the title role in B.Britten’s opera “Billy Budd”. Looking further ahead, he will make a succession of opera and concert debuts, including at Théâtre de la Monnaie, Gran Teatro del Liceu Barcelona and his US debut at Michigan Opera Theatre and Philharmonie in Luxembourg. A committed recitalist, Yuriy has recently given a Recital at Frankfurt Opera. On the concert platform, Yuriy has performed at Concertgebouw Amsterdam, Royal Albert Hall in London and Frankfurt Alte Oper.