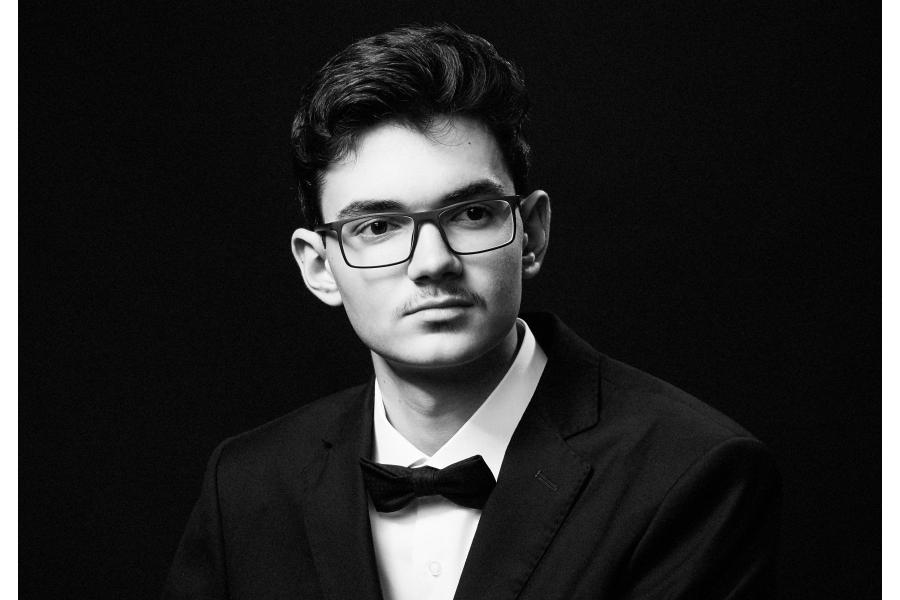 He was born in Lviv in 2001. There he attended the A.Kos-Anatolsky Music School No.1 (teacher T.Rodionova) followed by the S.Krushelnytska Secondary Special Music Boarding School (taught by Prof. O.Rapita). At the age of 14, Yaroslav Molochnyk entered the Dresden Music University on the ‘geniality’ programme, where he has been studying since that time in the class of Prof. A.Zenziper.

Yaroslav has performed solo with symphony orchestras of Poland and Ukraine. His repertoire includes concertos by L.van Beethoven and S.Prokofiev, virtuoso pieces by F.Liszt, F.Chopin, E.Grieg, C.Debussy, J.S.Bach and others, which he performs when being on tour in numerous European countries.

Yaroslav Molochnyk is also blessed with a composer’s gift, which began to manifest itself in early childhood. He is the author of a number of pieces performed in Ukraine, Poland and Belgium. At the International Music Forum entitled ‘Bieszady bez granic’ in Sanock (Poland), he received a reward from the Polish Composers Union.

Yaroslav’s credo is as follows: ‘Music is my life, and it makes people happy’.