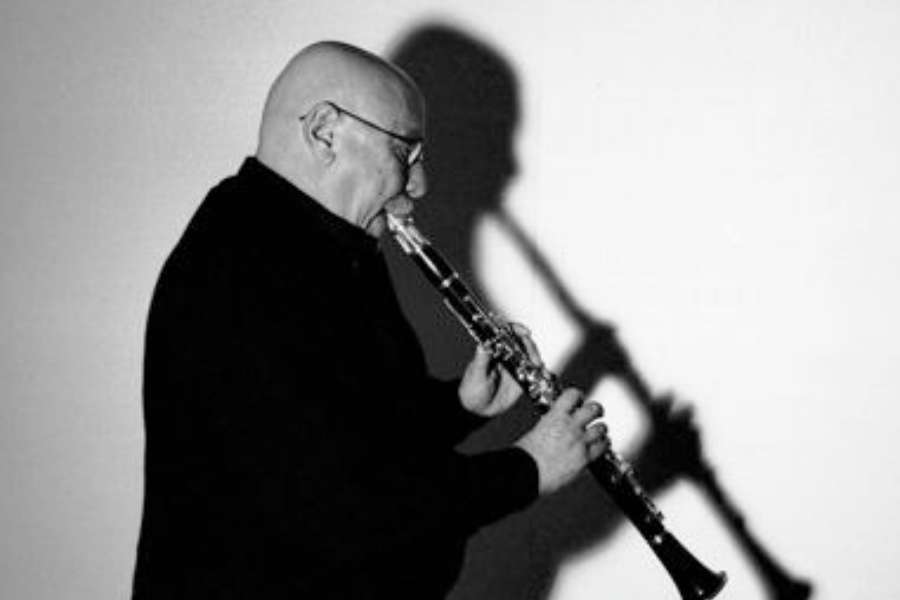 Giora Feidman was born in Argentina on 25 March 1936 as the son of a Jewish immigrant from Bessarabia (Moldavia / southern Ukraine). Music was in his blood: His father was a musician, as was his grandfather.

"From the very beginning, from the day of my birth, songs have always accompanied me. It is the human voice, in almost every case, that is our first contact with music. A voice touches us with song, singing calms us, makes us happy. For me, it was the sound of the Yiddish songs that my mother sang for me when I was a very small boy - and later, as a young musician, it was the music of Schubert. I grew up with these widely varying sounds around me. I learned a great deal from both musical directions and both remain very dear to me even today."

The young Feidman grew up in the capital city of Buenos Aires, learned to play the clarinet, began already as a child to make music with his father at various festivals and parties and at 18 was eventually given the position of clarinetist at the Teatro Colon, the most renowned opera house in all of South America.

Just like hundreds of thousands of other Jews, he was also magically drawn to the He would remain a faithful member of the orchestra for the next 18 years. During this phase of his life, he appeared with the Israel Philharmonic Orchestra on many world tours and performed in practically all of the world's major concert halls under some of the most prestigious conductors of our time, such as Leonard Bernstein, Karl Münch, Raffael Kubelik, John Barbirolli and Eugene Ormandy, not to mention Zubin Mehta. These were fascinating years, indeed.

"Music is an all-encompassing language and the message is clear: We all belong to one big family of mankind."

"Now I found myself in Israel. I had finally come home."

A dream came true with the founding of the state of Israel in 1948, the result of a difficult fight and in the face of strong resistance. The 2,000 year old diaspora of a homeless people, spread across the entire face of the earth, had finally come to an end. Jews from every country flocked to Palestine.

The concert stage has long not been enough for him. Over and over again he finds his way back to theatrical works, musicals, operas and films. Together with Itzak Perlman, he performed the soundtrack for Steven Spielberg's epic holocaust work "Schindler's List", which was awarded an "Oscar" in 1994. He also performed in "The Comedian Harmonists" and in "Beyond Silence". In 1995, he caused quite a furor with the dubbing of the silent movie classic "Golem", as he did in 2005 with his piece "Nothing but Music", a production in ten poetic images.

He performed the world premiere, together with members of the Berlin Philharmonic Orchestra, of Ora Bat Chaim's composition "Love" at the ceremony to commemorate the millions of victims of the National Socialist regime in the plenary hall of the German Federal Parliament in January 2000. And in August 2005, he was invited by Pope Benedict XVI to play at the vigil on World Youth Day in Cologne, Germany - before an audience of more than 800,000 people.

Today, the virtuoso Feidman is a personality of contemporary history. In 2001, he was awarded special acclamation in Berlin with the Great Cross of Merit with ribbon for his special achievements concerning the reconciliation between the Germans and the Jews.

"I don't play the clarinet. I am a singer." Giora Feidman