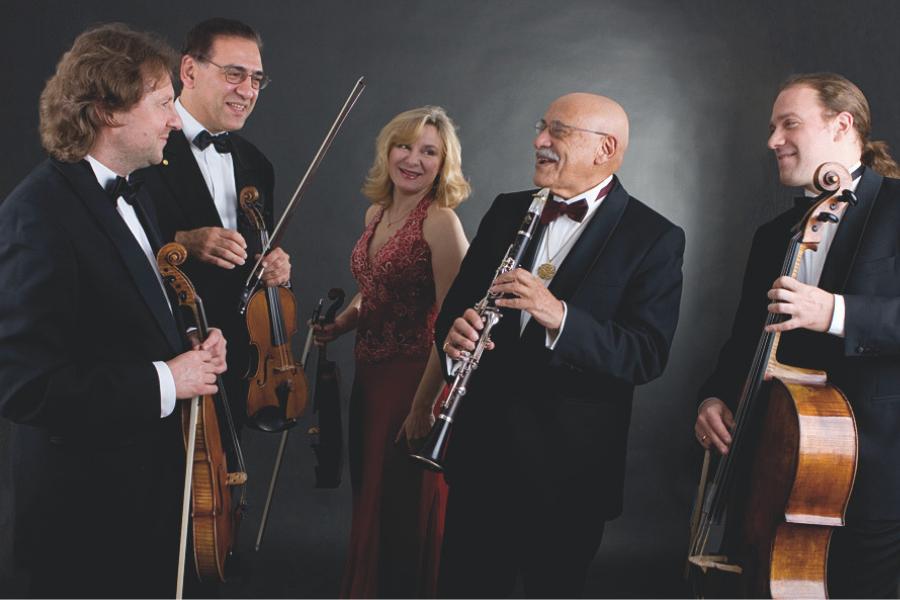 The four musicians, who have been performing as an ensemble since 1990, have not restricted themselves to a specific style, epoch or composer. Established jewels from the classic, as well as modern, jazz style and Latin american music offer the cornerstones of the concerts.

The ensemble consists of representatives of the Russian instrumental school and prizewinners of various international music competitions. It is not without reason that the critics comment on the professional level, the uniformity of emotion from intellectual thinking and feeling of the musicians, the interpretation, as well as the brilliance of accomplishment from almost impossible technical hurdles, with which the works are performed to the public.

The name of the quartett comes from the exceptional first violinist Michel Gershwin, who received his international recognition in 1988 as grand prize winner of the international "David Oistrach Competition". After having held positions as concertmaster of the Orchestre de Opera National de Lyon and the Philharmonischen Orchesters der Oper Frankfurt, Gershwin has been concentrating on his solo engagements and as concertmaster of the "Gershwin Quartet".