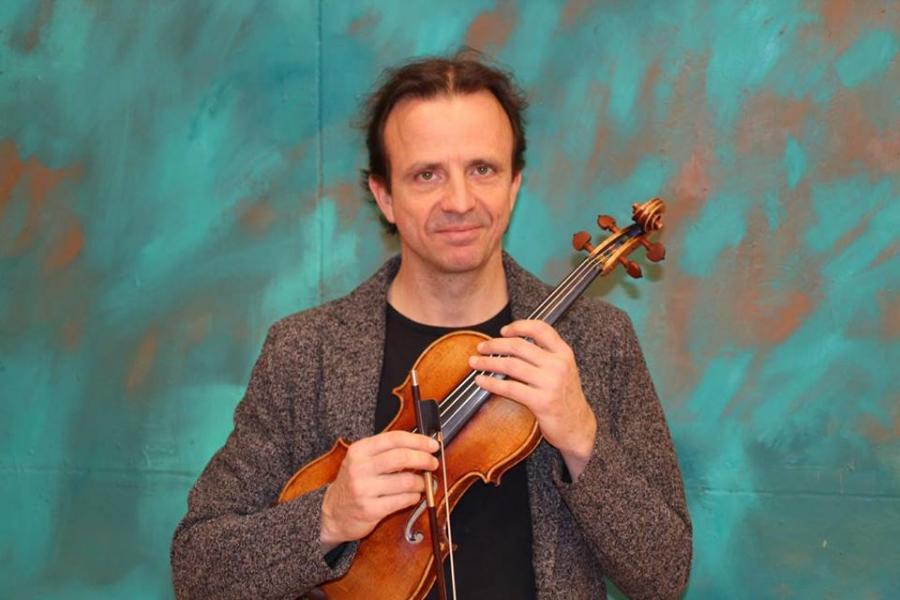 Frank Stadler started violin lessons at the age of five. After graduating from the University Mozarteum in Salzburg with distinction, he became assistant to his former teacher, Helmut Zehetmair. He also studied with Ruggiero Ricci and participated in masterclasses with Thomas Brandis, Franco Gulli and Ivry Gitlis.

In 1993, Stadler founded the Stadler Quartett, with which he performs worldwide. In 2010, the Stadler Quartett released a CD on the “Neos” label, presenting works by Helmut Lachenmann, which was awarded the Pasticcio Prize from the Austrian radio station, ORF. The Neue Zürcher Zeitung quotes the composer as saying the interpretation contains: ‘simply everything that makes an audience wide awake and alert, and a composer happy’.

A CD recording  2012 was dedicated to works by Friedrich Cerha.

Since 1999, Frank Stadler has been Concert Master of the Mozarteum Orchestra, Salzburg, with which he also appears as soloist. His live recording of Mozart’s “Haffnerserenade” under Hubert Soudant, has been released on CD, and Mozart’s “Concertone” under Frans Brüggen, is available on DVD.  Since 2004, Stadler has particularly enjoyed working closely with Ivor Bolton, the Principal Conductor of the Mozarteum Orchestra. Under Bolton, Stadler has performed the solo violin part in works by Bach, Mendelssohn, Mozart and Strauss (in Concertgebouw Amsterdam). In 2003, Frank Stadler had a violin concerto written for him by Boguslaw Schaeffer, for the Warsaw Autumn Festival.

Stadler was artistic director of ‘oenm’ (Austrian Ensemble for Contemporary Music) 1998-2004, based in Salzburg.

In 2009, ORF transmitted a live recording of Stadler performing the Six Sonatas and Partitas of J.S.Bach. He has also recorded violin Sonatas by Schubert, Schumann and Janáček, with the Portuguese pianist Luis Magalhães, which has been released on the “Two Pianists” label in April 2011.

Stadler played as a soloist in Musikverein Vienna with Tonkünstlerorchester, performed with worldwide highly regarded pianist Robert Levin works by Mozart with live radio in Mozartweek Salzburg as well as with Cellist Jean-Guihen Queyras.

The yearlong artistic collaboration with composer and Oud-player Hossam Mahmoud from Kairo led to the foundation of the society WØD (west-easter Divan) which tries to find ways to show the relation between oriental and occidental music and literature.