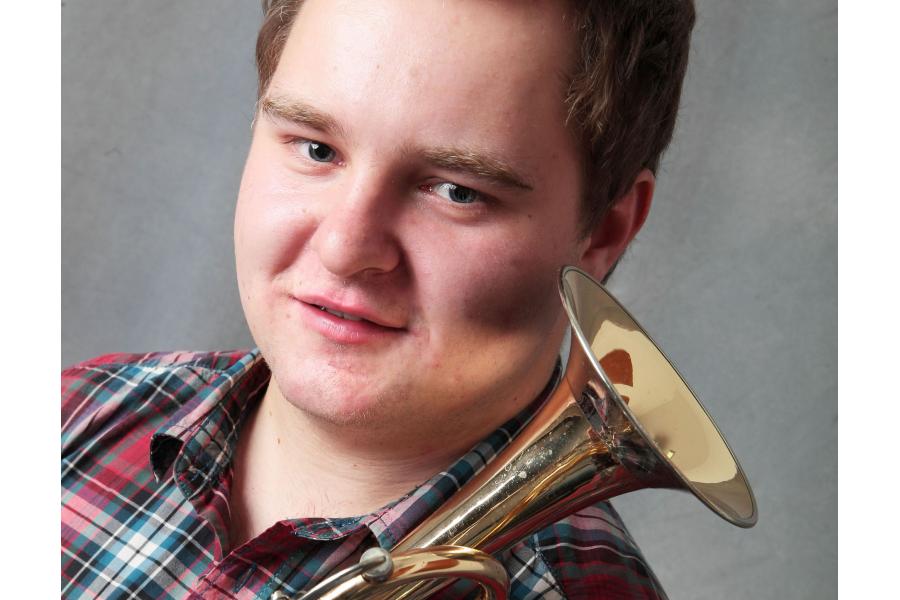 Trumpeter Franz Xaver Tradler was born in Traunstein, Bavaria, receiving his first trumpet lessons at the age of nine from Andreas Öttl (a solo trumpet player, the Bavarian State Orchestra) and began his musical career in the Waging am See music band. After two years of training at the Vocational School of Music in Altötting, he studied instrumental pedagogy at the Darmstadt Academy of Art from Manfred Bockschweiger and graduated from it in 2013 with a diploma and Arts certificate. This was followed by the bachelor’s degree in the class of Prof. Hans Gansch and his successor Prof. Andreas Öttl at the Mozarteum University in Salzburg, which he graduated from with honors in 2016. From April 2016 to March 2017 he performed as the 2nd trumpet with the Munich Symphony Orchestra under a temporary contract.

Since October 2017, he has been taking a degree in trumpet performing at the HfMT in Hamburg in the class of Prof. Matthias Höfs. In addition to classical music, he is playing Bohemian brass music with the group "Berthold Schick and his Allgäu 6" and in the "6-Egg-Musi", a Bavarian folk band from Waging am See, who won the "Herma Haselsteiner Prize" and the title “Excellent” at the 2010 Alpine Folk Music Competition in Innsbruck.