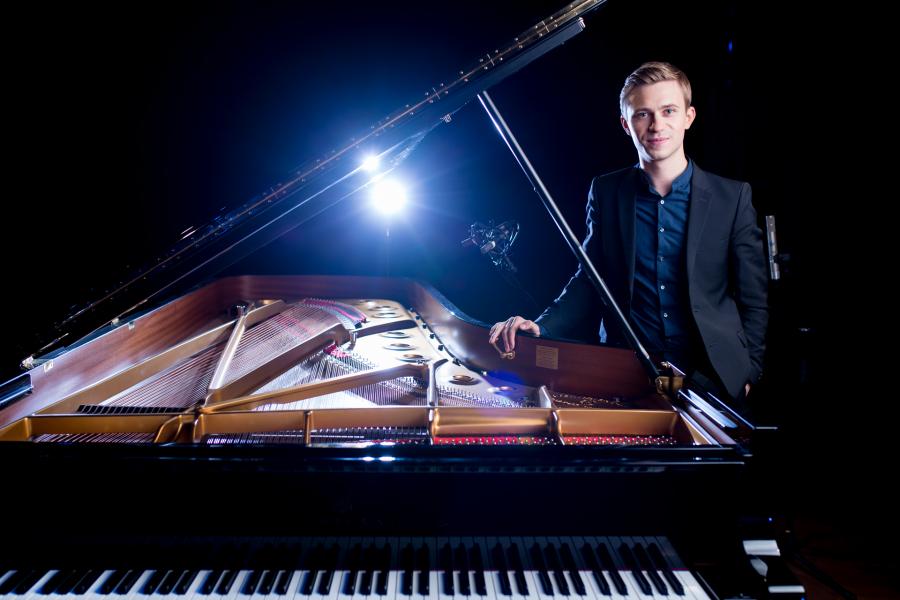 In 2017 Dmytro has received the &quot;Arturo Benedetti Michelangeli Prize&quot; – an award given to him by the Piano Academy Eppan (Italy).
As a soloist, Dmytro Choni performed with prestigious Orchestras, such as the Republic of San Marino Symphony Orchestra under the baton of conductor Francesco Ommassini, the Suzhou Symphony Orchestra under the baton of conductor Alain Paris, the National Symphony Orchestra of Ukraine under the baton of conductors Volodymyr Sirenko and Vitaliy Protasov, the Tambov Philharmonic Orchestra under the baton of conductor Mikhail Leontyev, and the Varazdin Chamber Orchestra.
He furthermore takes great joy in chamber music. Together with various Ensembles, he was invited to the &quot;Colluvio&quot; in Austria and the &quot;Zeist Music Days&quot; in the Netherlands, where he took part in masterclasses with Adrian Brendel, Mark Danel, and the Jerusalem Quartet.
Dmytro performed at the &quot;Kissinger Sommer Festival&quot; (Germany), the &quot;Next Generation Classic Festival Bad Ragaz&quot; (Switzerland), the &quot;Harmonie Starego Miasta&quot; in Poland and the “Kyiv Summer Music Evenings&quot; Festival in Ukraine. Highlights of his career were performances at the Teatro Colon in Argentina and the &quot;Kissinger KlavierOlymp&quot; in Germany.
Dmytro is a scholar and a frequent participant in the International Music Academy in Liechtenstein. He has also received master classes from renowned musicians as Arie Vardi, Sergei Babayan, Pavel Gililov, Klaus Hellwig, Grigory Gruzman, Aquiles delle Vigne, Yakov Kasman and Oxana Yablonskaya.