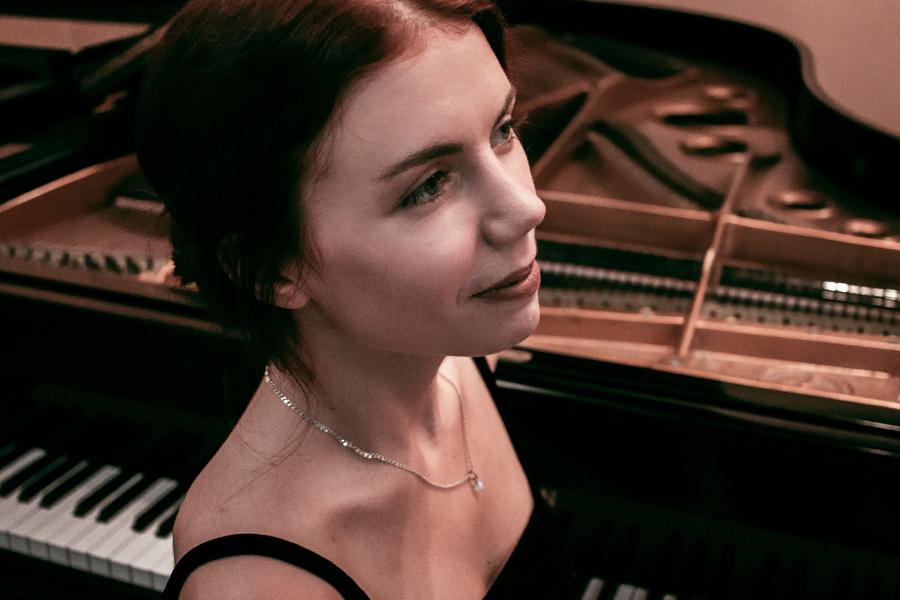 In 1996 Daria Atamanenko  was born in a well known musical city of Ukraine, Odessa. In her family, being impacted of classical music, she was given her  first piano lessons at the age of four. The first time she  came onto the stage to play happened when she was five and at the age of twelve Daria gave her first solo concert.
In 2011 Daria Atamanenko was taken to a well known specialized musical school of Odessa, named after its founder Petro Stoliarskiy, where in a certain time studied such famous musicians as a violinist David Oistrakh and a pianist Emil Gilels.
In 2012 Dasha debuted with the symphonic orchestra under the leadership of Vladimir Dikiy.
In 2014 she began her studying in Odessa National Music Academy, learning in a group of the professor Anatoliy Kardashev. At the same time Daria began to master another specialization - Organ.
Recently Daria Atamanenko performed to the audience in Odessa 24 Preludes and Fugues from the first book WTK by Johann Sebastian Bach.