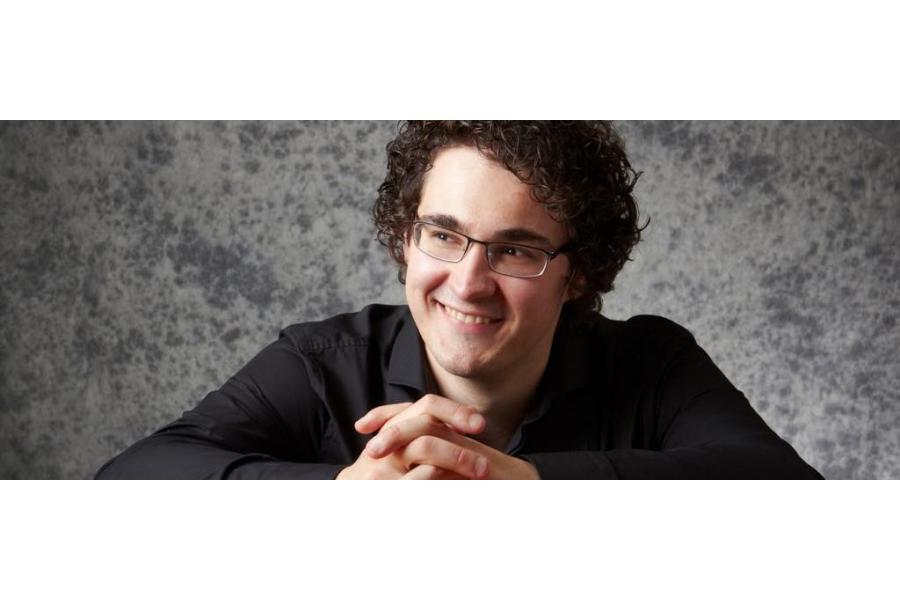 Was born in 1988 into a family of professional musicians in Donetsk, Ukraine.

At the age of seven he became a pupil of Albina Oryshuk at the Special School for Gifted Children in Donetsk and gave his first public concert at the age of eight. A scholarship granted by the President of the Ukraine from 2006 to 2010 enabled him to study at the Prokofiev State Academy of Music, where he also took composition classes with Professor Aleksander Rudyansky, graduating in 2010 with Honours.

Artem Yasynskyy moved to Germany in 2010 in order to continue postgraduate piano studies at the University of the Arts in Bremen with Professor Patrick O’Byrne. He received his master’s degree and now teaches piano and chamber music at this educational institution. During his study he was supported by the Keyboard Charitable Trust, VERE MUSIC FUND, Clavarte Stiftung, Deutsche Stiftung Musikleben, Hans und Stefan Bernbeck-Stiftung etc.

In March 2015 he finished his Master Studies there, and became a lecturer at main subject Piano at the same University.

His concert appearances have taken him throughout Germany and Europe as well as USA, Canada, Australia, Japan and South Korea and took him to such concert halls like Carnegie Weill Hall, Warsaw Philharmonic, Die Glocke Bremen, Laeiszhalle Hamburg, Konzerthaus Berlin, Jack Singer Hall in Calgary, National Philharmonic of Ukraine in Kiev, etc.

In May 2015 his first CD by Naxos Grand Piano Label with works of the Polish composer Jozef Hofmann was released. This CD brought him reviews by such medias like Gramophone, American Record Guide, Fanfair, Diapason, Radio Bremen. The second disc with 18 Sonatas by Domenico Scarlatti was released in January 2018 at Naxos Label.

His playing was translated by the Radio Bremen, NWR 3, Deutschlandfunk Kultur, CBC, etc.