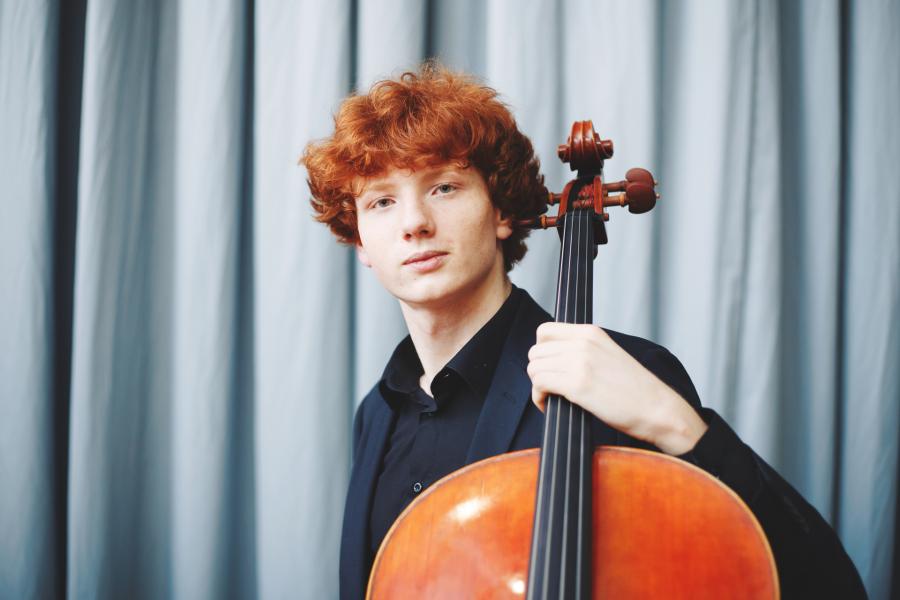 He was born in 2000 in Kyiv, in the family of professional musicians.
At the age of six, he began his studies as a cellist at the Children&#39;s Music School No. 3. named after V. Kosenko, in the class of teacher Tamara Polyakova. He studied at the Kyiv Secondary Specialized Music School named after M. Lysenko in the class of Olena Chervova and at the Kharkiv Secondary Specialized
Music boarding school in the class of Prof. Olena Shchelkanovtseva. Since 2013, he has been studying composition in the class of Lyudmila Shukailo, and since 2015 he has mastered the art of conducting in the class of Roman Uschapovsky.
In 2017 he entered Kharkiv National University of Arts named after I. Kotlyarevsky.
In the spring of 2013, he won the 1st Prize at the II International Yevhen Stankovych Competition.
In the summer of 2013, he participated in concerts in Slovenia, Italy, Serbia, Croatia, Bosnia and Herzegovina as part of the Wonderful Youth Orchestra, Summer tour-2013.
In March 2016, he won the First Prize and a Special Prize from the ‘Art without Borders’ Association (Basel) in the ‘piano soloist’ nomination.
In August 2016, he performed as a soloist and as a part of the ensemble in Frankfurt am Main, Darmstadt, Kaiserslautern, Hochtaunuskreis and Wiesbaden (Germany) at the II International Music Festival ‘Classic for Peace’.
He took part in the master class conducted by Eugene Lifschitz – a concertmaster of a group of cellists, a soloist of the Opera House Orchestra in Kassel (Germany).