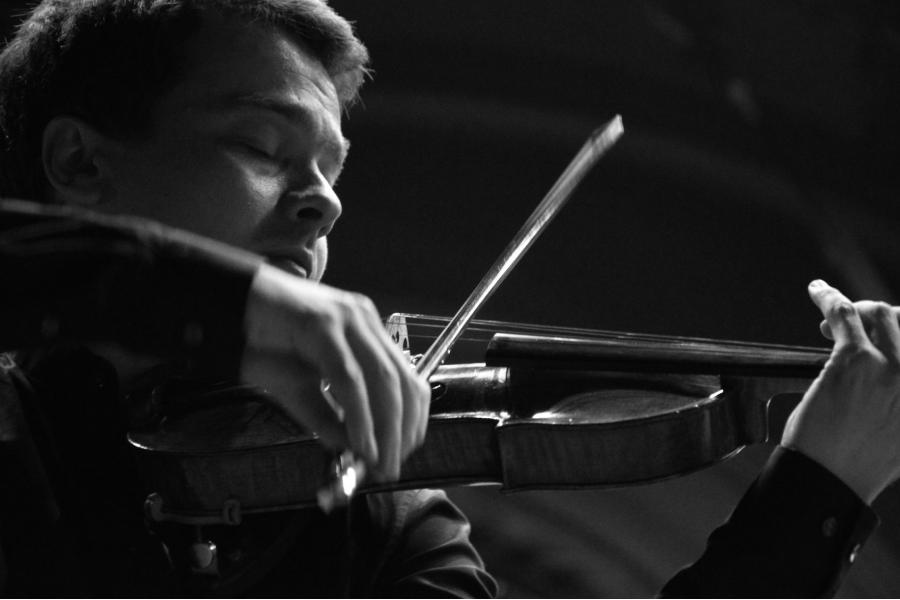 He made a recording for the National Radio of Spain with works by Bach, Schubert, Schnittke and Saint-Saens, as well as for the Radio SWR Classic, performing violin sonata by Ukrainian composer Viktor Kosenko.

Andrii was born in Odesa (Ukraine) in a family of musicians. He began his education at the famous Stolyarsky School at the age of 6 with Anna Lapteva and later at the Odesa National Music Academy named after A.V. Nezhdanova by professor Mikhail Turchinsky. After his graduation he continued his education in Europe with the world-famous professor Marco Rizzi at the Queen Sofía College of Music in Madrid, as well as postgraduate studies at the Mannheim University of Music and Performing Arts. A huge influence on his professional development was provided by classes with outstanding musicians, including Pinchas Zukerman, Gerard Poulet, Zakhar Bron, Viviane Hagner, Miriam Fried and Ferenc Rados.

Andrii Murza appointed as a member of String Department at the Odesa National Music Academy and takes part as a jury member in the various international competitions. Since 2016 he is a member of 1. Violin group at Düsseldorfer Symphoniker.

Andrii plays a violin by Auguste Sebastien Philippe Bernardel (Père) made in 1840.