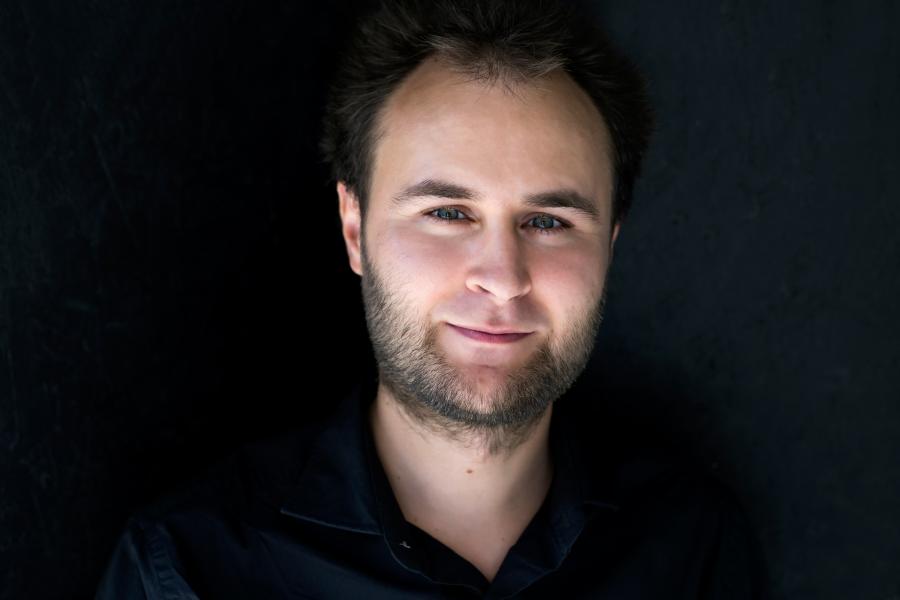 ANDRII KOSHMAN was born in Dnipro in 1989. In 2004 Andrii graduated from the Child’s School of the Arts with a major in Piano and Voice. From 2006-2012, he studied at Kyiv-Mohyla Academy and received a Master’s in Physics. Andrii studied opera singing at the National Music Academy of Ukraine from 2009-2015. He specializes in the interpretation of contemporary music, as well as classical opera baritone roles such as Il barbiere di Siviglia (Rossini), Eugene Onegin, Iolanta (Tchaikovsky), La Cambiale di Matrimonio (Rossini), Aleko (Rachmaninoff), The Telephone (Menotti), La Boheme (Puccini) and Ukrainian operas Natalka-Poltavka (Lysenko), Cossacks in Exile (Hulak-Artemovsky). Andrii has been a soloist in all productions of Nova Opera since 2014: improvisational opera Coriolanus, opera-requiem IYOV, overnight opera The UnSimple, and opera-circus BABYLON, opera-ballet ARK, horror-opera Hamlet, funk-opera AIR, futuristic opera AEROPHONIA. Since 2015 he is a concert director of Nova Opera. Since 2016, Andrii has been the program director of International Contemporary Art Festivals GogolFest (Kyiv) and Porto Franko (IvanoFrankivsk). In 2019 Andrii took part at the premieres of grand-opera NERO and opera-dystopia GAZ.