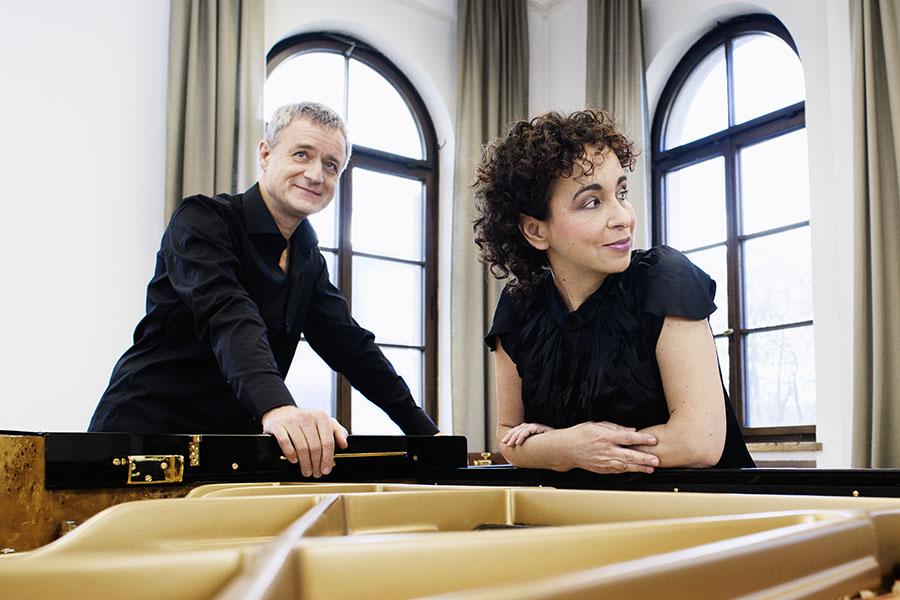 A German pianist, professor at the Mozarteum University in Salzburg. He has served as a chairman of the jury at the ARD competition (Germany) in the category of piano duets.
A piano duet of Andreas Groethuysen with an Israeli piano player Yara Tal is one of the best known in the world, they performed in the halls of Amsterdam, Berlin, Munich, Vienna, Milan, Zurich, New York, and Beijing. Jointly with the ˮSony Classicalˮ sound recording company, they issued over 40 CDs of pianoforte pieces for 4-hand performance by C.Czerny, W.A.Mozart, F. Mendelssohn, R. Schumann, R. Wagner, and others.
Their recordings have been awarded numerous prizes, including ˮEcho Klassikˮ and ˮCannes Classical Awardˮ, distinctions from German critics ˮPreis der Deutschen Schallplattenkritikˮ, and prizes from such European issues as ˮGramophoneˮ and ˮPizzicatoˮ.