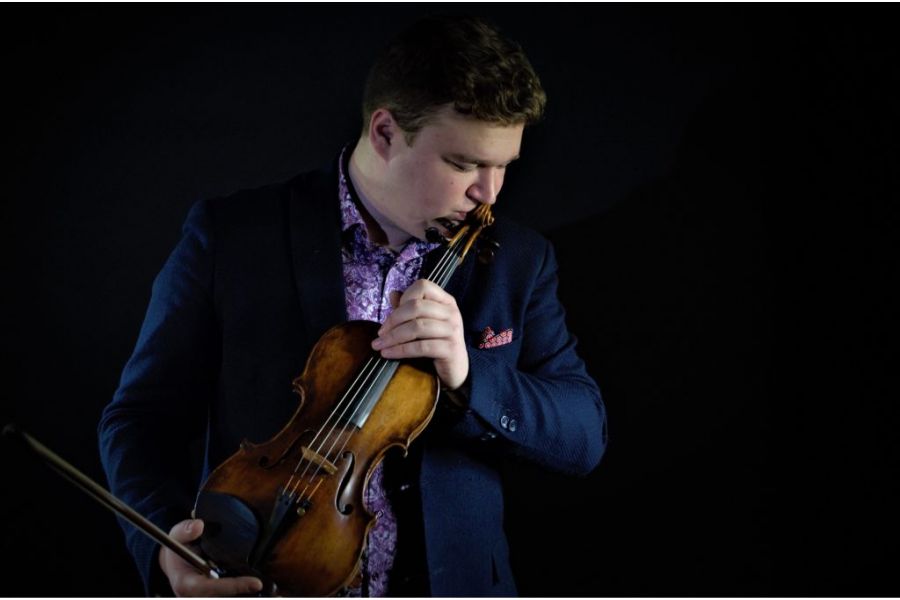 At the age of 5 he began to study at the Solomiya Krushelnytska Lviv Specialized Music Boarding School, where he remained until the age of 17 in the class of Myroslav Sor. In 2008, under the direction of Prof. Ihor Pylatyuk, he continued his studies at the Mykola Lysenko Lviv National Musical Academy. Since 2015, after receiving a scholarship, he studied at the prestigious Yehudi Menuhin International Music Academy under the guidance of Maksym Vengerov and Oleg Kaskiv, and from 2017 – at the Kalaidos University of Applied Sciences (Switzerland).

He was a concertmaster of the various musical ensembles. "Soloists of the Yehudi Menuhin International Academy of Music", MBS Symphony Orchestra, Perpetuum Mobile Chamber Orchestra, "Academy" Chamber Orchestra and many others are among them. As a soloist he performed with groups such as Chamber Choir "Trembita", Academic Symphony Orchestra of the Lviv Philharmonic, Academic Symphony Orchestra "INSO-Lviv", Chamber Orchestra "Virtuosos of Lviv" and "Soloists of the Yehudi Menuhin International Music Academy". He played in the most famous concert halls in Europe, and also collaborated with the contemporary musicians and conductors such as Yuriy Bervetsky, Maksym Vengerov, Ihor Pylatyuk, Myroslav Skoryk, Alexis Soriano and Peter Falk. Lately he has been performing in numerous concert programs in Europe and South America. For instance, he played a concert together with the London Symphony Orchestra conducted by Patrick Khan at the Tonhalle concert hall in Zurich.