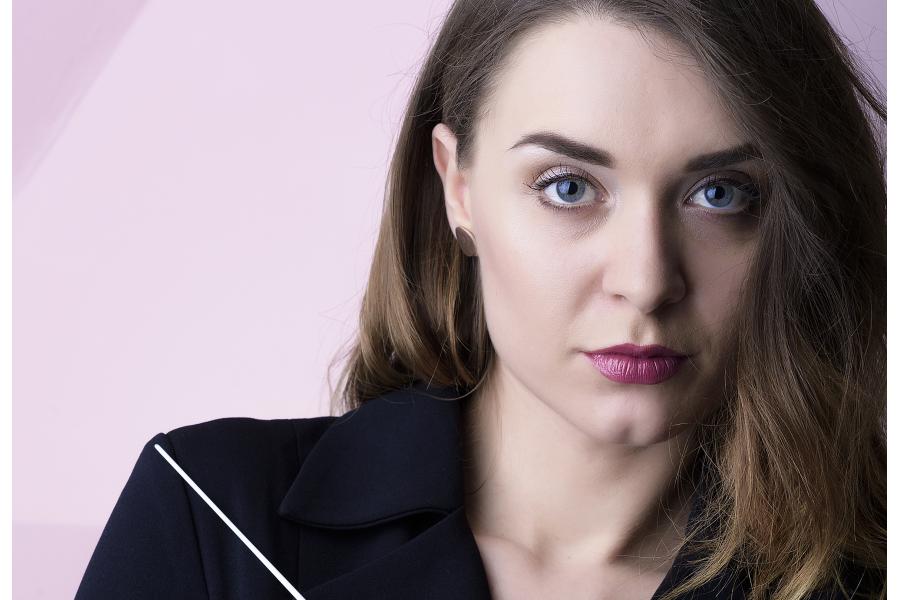 In 2016, Nataliia Stets entered the Tchaikovsky National Music Academy of Ukraine, the Department of opera and Symphonic Conducting, the class of Prof. Ihor Palkin. She was also taught by professors Allin Vlasenko and Sviatoslav Lytvynenko. She has been conducting the “Svitanok” orchestra-studio (Kyiv) since 2015.

In November 2015, Nataliia Stets participated in the “Charity Ball. Vechornytsi” project with Oleh Skrypka as the conductor and musical part organizer.

Throughout November and December 2017, Nataliia Stets was an assistant of chief conductor Oksana Lyniv while putting on P.Tchaikovsky’s opera “Eugene Onegin” in the Graz Opera (Austria).

In April 2018, the conductor received the Grand Prix at the All-Ukrainian Musical Olympiad “Voice of the Country” under Yevhen Stankovych in the nomination “Symphonic Conducting”.