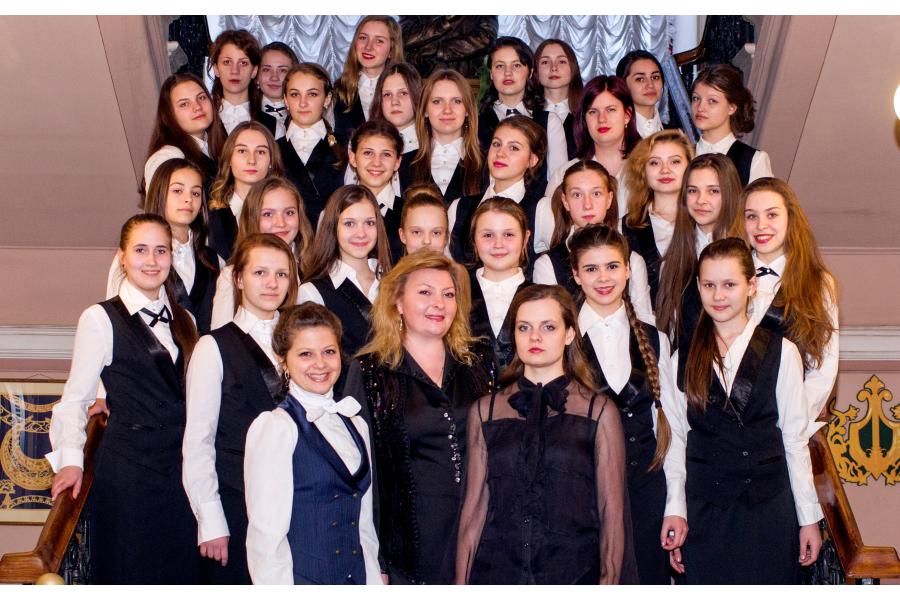 It is a unique collective with long history, which was set up at Mykola Lysenko Kyiv Special Music Boarding School in the 1950s. The Choir consists of 32 girls aged between 8 and 19. Yuliya Puchko-Kolesnyk is the artistic director and conductor of the Choir, whereas Vira Shemchuk is the choirmaster. For the last ten years, the Choir has performed at various prestigious official events such as: open assemblies of the UNESCO (Paris, 2016); Holy Mass at St Peter’s Cathedral (Vatican, 2017); town councils and embassies of different countries. The Choir is activity touring on the biggest stages of Europe. It has received the highest awards at over 20 international choir contests in 10 countries of the world (including Greece, Germany, Austria, Poland, Czech Republic, Italy, Lithuania, Latvia, and Russia).

In February 2017, the Chamber Girls Choir of KSMS named after Mykola Lysenko was awarded three Grands Prix at the ‘Grand Prix of Nations 2017’ International Competition (Berlin, Germany) in all three categories they were participating in, thus bringing Ukraine the second place in the world ranking of choirs and the world’s first in the ‘Sacred Music’ category.

The repertoire of the Choir contains modern Ukrainian music, Ukrainian folklore, composition of ancient, classical and sacred music. Quite a lot of pieces were written specifically for the collective by outstanding contemporary composers.