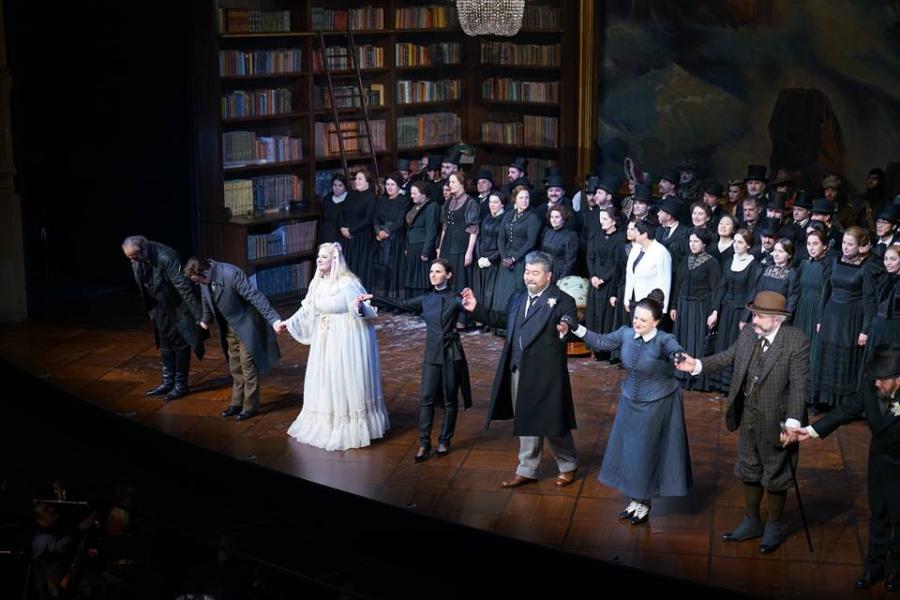 During May 2017 Oksana Lyniv was a visiting conductor at Gran the Teater del Liceu in Barcelona (Spain). She participated in the staging of Richard Wagner’s opera “The Flying Dutchman” and became the first woman to conduct Wagner’s opera in this theater, ever since the first staging of his pieces in 1883.

Richard Wagner is one of the favorite composers of the listeners of the Barcelona Opera. The history of the opera even includes the fact that this opera theater hosted the Bayreuth festival of Wagner’s operas, which has almost never been held outside the walls of the Bayreuth Theater – built by Richard Wagner specifically for staging his operas.

For Oksana Lyniv it was the first performance at the Barcelona Opera. She was lucky to work with famous opera singers, who performed the lead parts in “The Flying Durchman”: Albert Dohmen and Egils Silins in the role of the Dutchman, Elena Popovska and Anja Kampe in the role of Senta. Albert Dohmen and Anja Kampe in particular are famous performers of Wagner’s music dramas and constant participants of the Bayreuth festival.

“To a certain extend “The Flying Dutchman” is a mirage, a tricky reflection of the waves, liberation that ceases to come, even though it is right there. The double projection used by the stage manager Philipp Stölzl to create his dramaturgy depicts this tension perfectly – the eternal return of the tragedy, which happened yesterday, will happen tomorrow, and is enfolding right now.

Conducting of Oksana Lyniv – who was on the cover of the Platea magazine in May - has remained persuasive from the beginning till the end – it was detailed, precise, crystal clear in structural decisions, with certain theatricality, a little analytical, a little observing, but without the loss of the main dramaturgical pulse”. 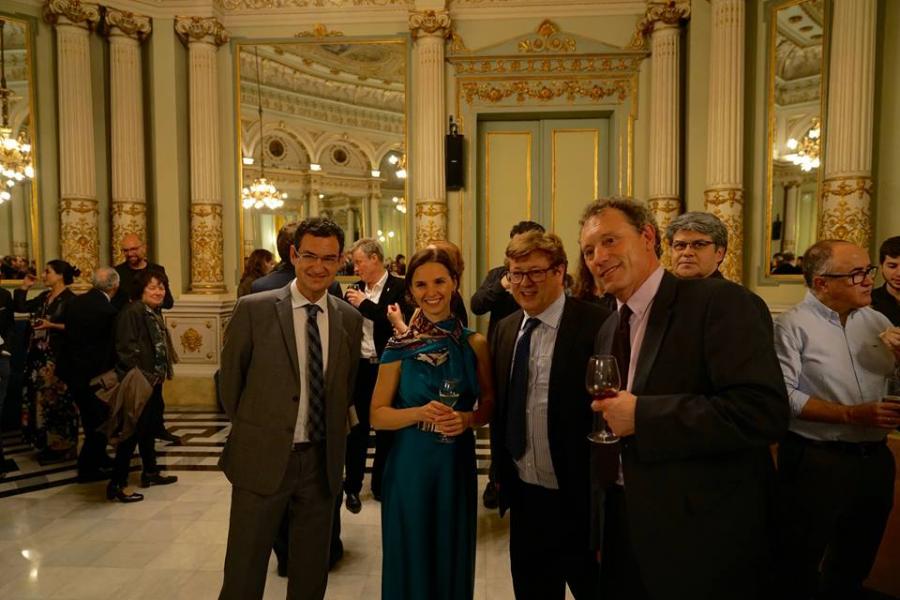 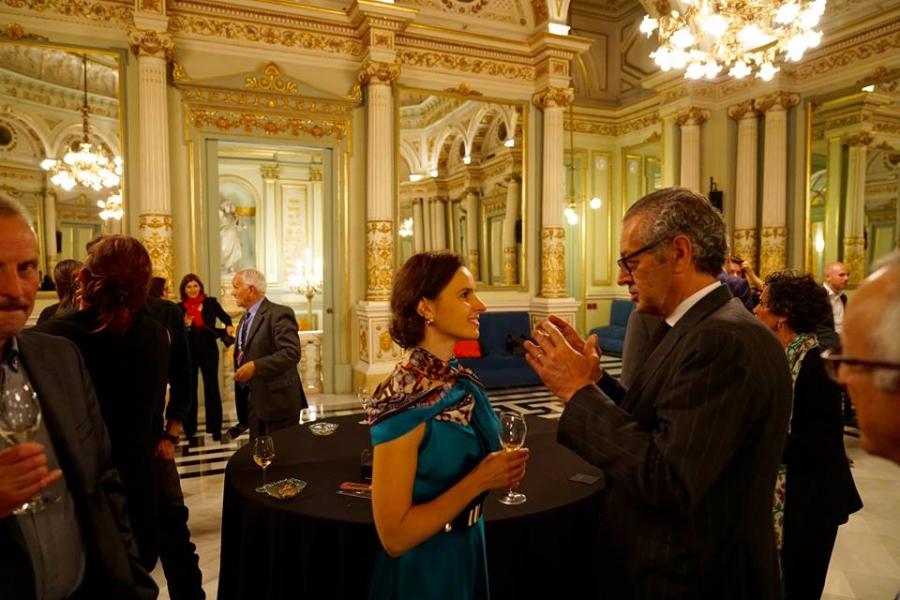 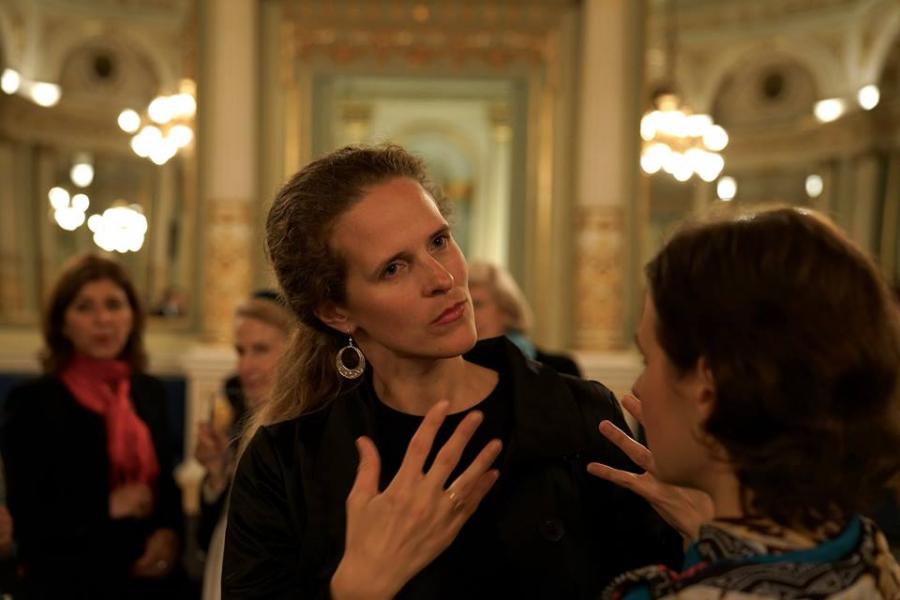 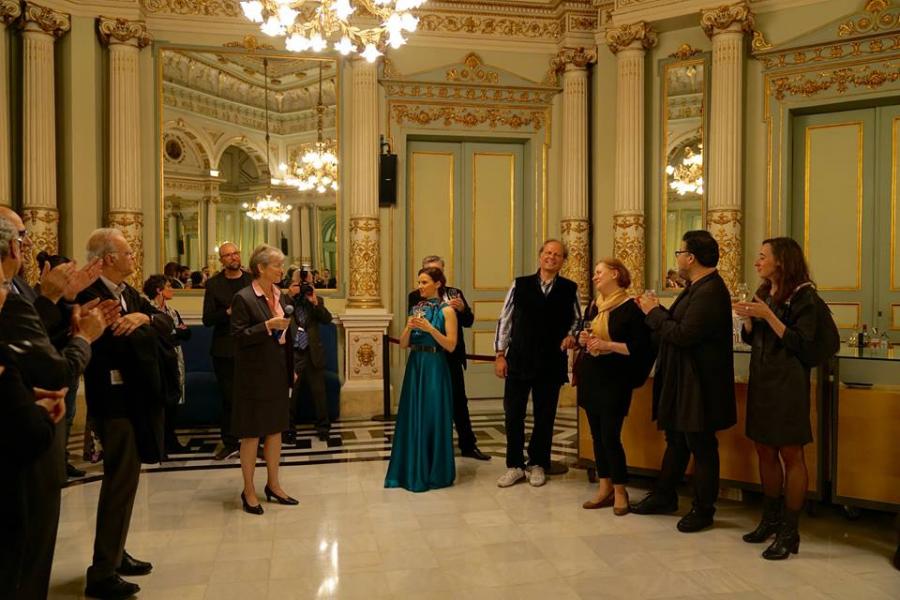 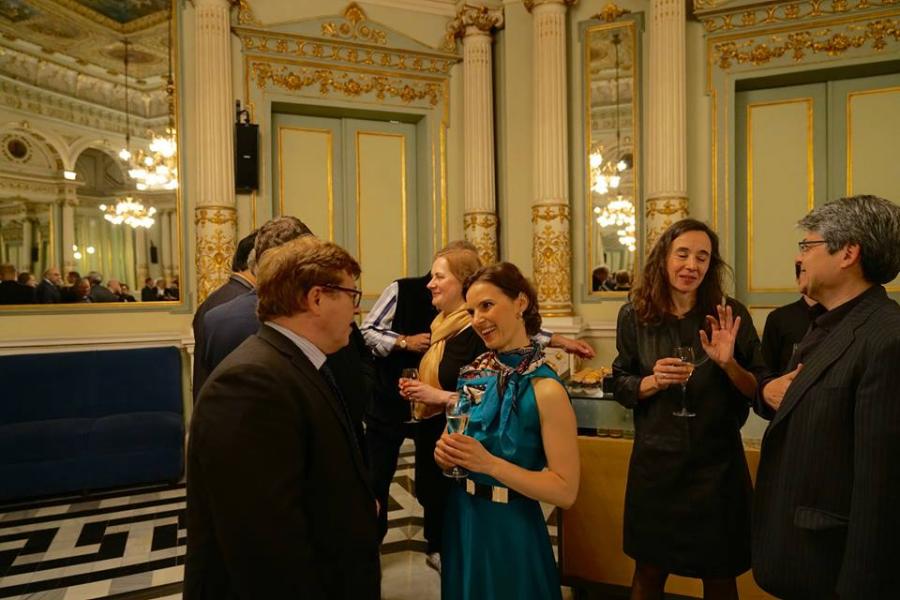 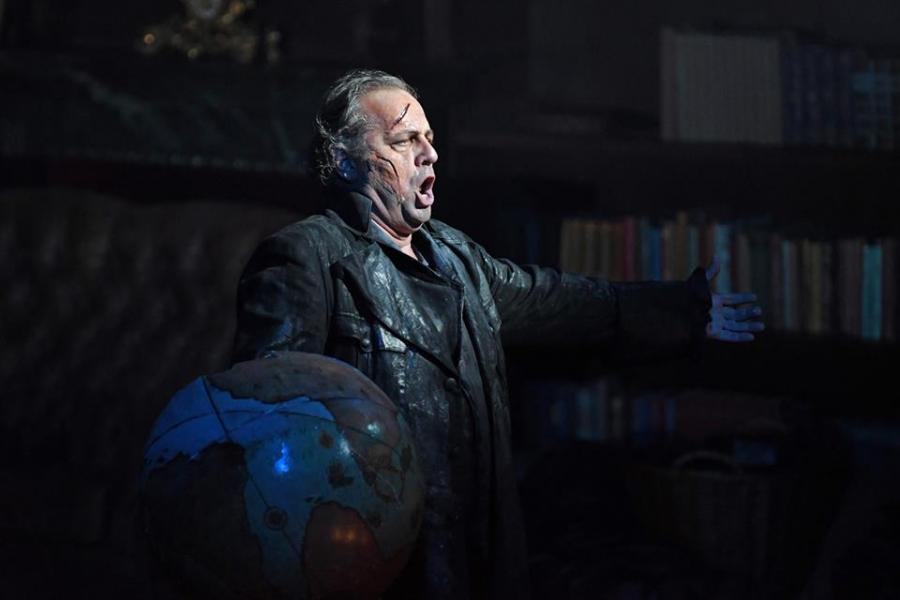 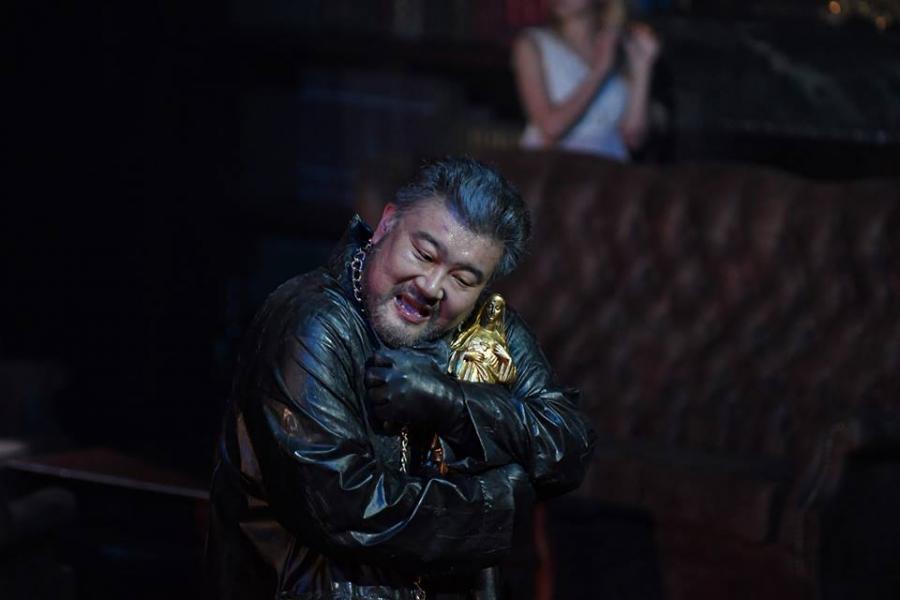 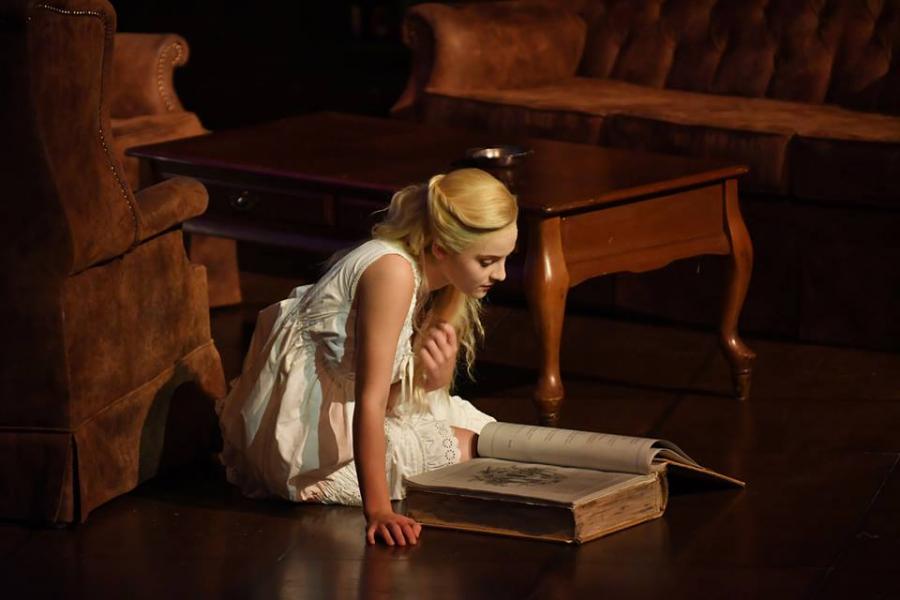 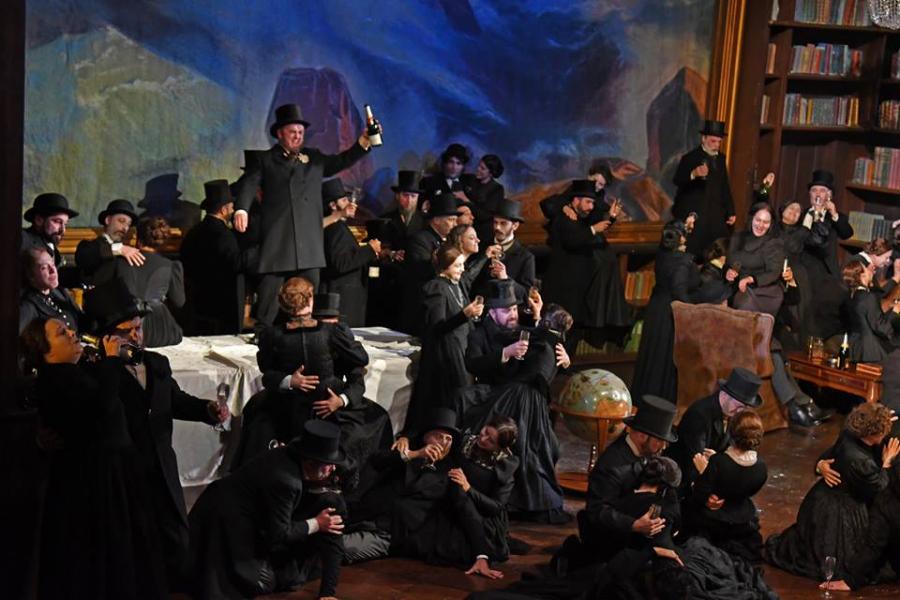 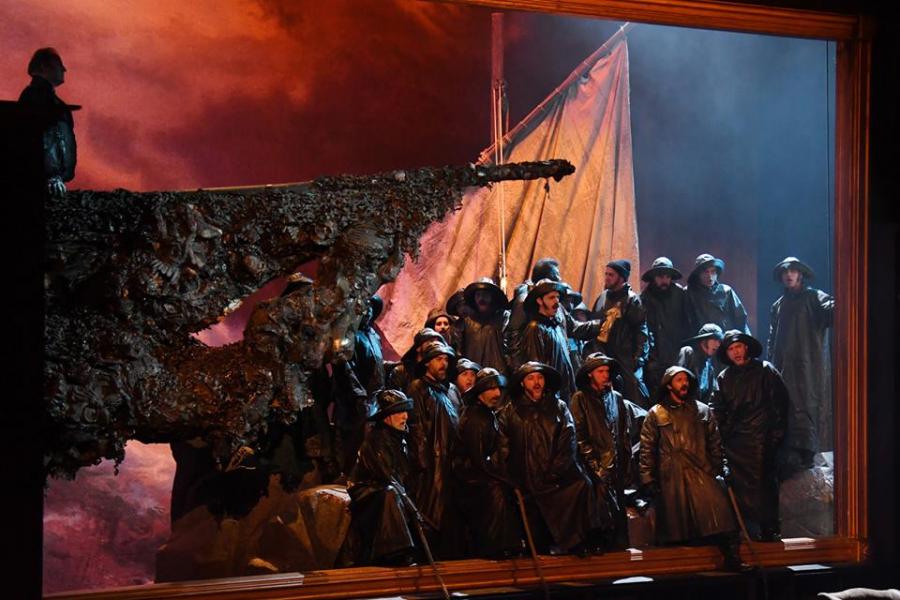