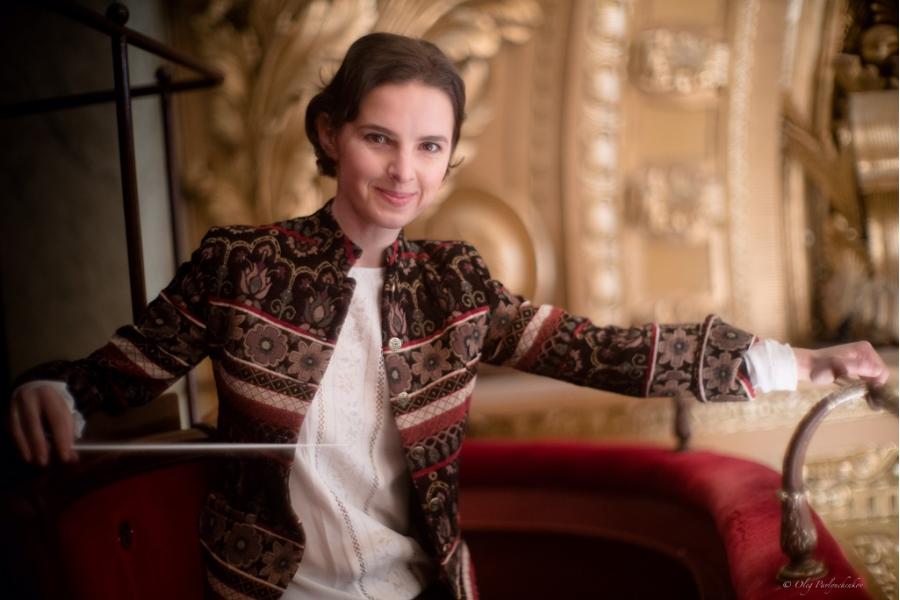 On July 1st, 2017, Oksana Lyniv has performed at the StariArte festival in Graz, Austria. The main idea of this year’s festivals is the expression of movement, and its best embodiment in art is dance and music. That is why every concert of the festival will unite various art manifestations: ritual and ethnic dances of different cultures will be created and performed, as well as classic and baroque ballet, and the whole stories will be told only using plastique and music.

Oksana Lyniv conducted the masterpieces of ballet music: suites from Petro Tchaikovsky’s ballets “The Nutcracker” and “Swan Lake”. Even though there was no dancing element at the concert, since only orchestral suits were performed by the orchestra of the StariArte festival, the movement was embodied in every sound! The concert did not include music alone – Nora von Waldstätten was reading excerpts from E.T.A. Hoffman’s fairytale “The Nutcracker and the Mouse King”, and images, well known from childhood, came to life among the sounds, memories and dance rhythms.

Oksana Lyniv had received the invitation to participate in the StariArte festival before she became the chief conductor of the Graz opera. Therefore, this concert was a debut of the conductor’s baton, which would point the direction of musical development in the city for the next three seasons.