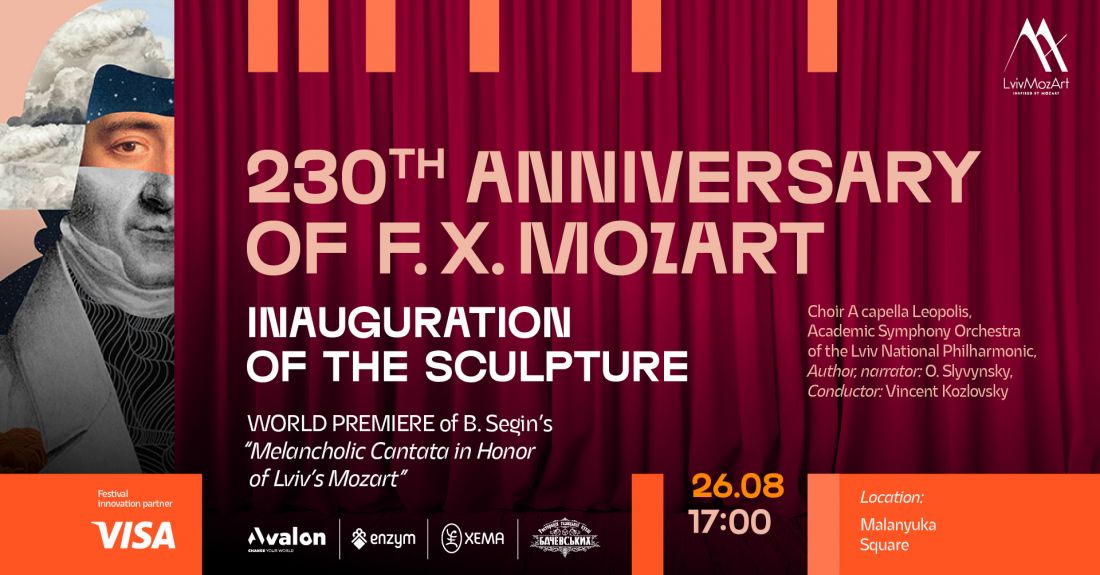 The fifth season of the LvivMozArt International Classical Music Festival starts loudly and pompously after a long pause. The Grand opening of the Franz Xavier Mozart sculpture, which is dedicated to the 230th anniversary of the composer, Lviv’s musician and the inspirer of the festival will take place.

The grand opening program will include the world’s premiere of the festive cantata "Melancholic Cantata in the Honor of Lviv's Mozart", which is specially written for the event by contemporary composer Bohdan Sehin. The idea of ​​the work is to form two personal plots of Lviv's Mozart, that are closely interlaced and formed him as an artist and a man. The secret of the artist's relationship with the city lies in his affection and freedom.

According to Bohdan Sehin, the background and the main plot line in the cantata is Lviv - the city of aristocracy and bourgeoisie, carnivals and folk festivals, the city of many languages ​​and cultures. As for Franz Xaver's life Lviv is the most nationally important city as a space of freedom, creative realization and love. It was here that the younger Mozart had an affair with a married woman. She was his muse and his must-have partner on the stage. The second plot line of the cantata was dedicated to the Franz Xaver Mozart and Josefina Baroni-Cavalcabo’s love story. The fragments from the Josephine’s diary and the love songs lyrics which were written by Franz Xaver for his beloved were used in the work.