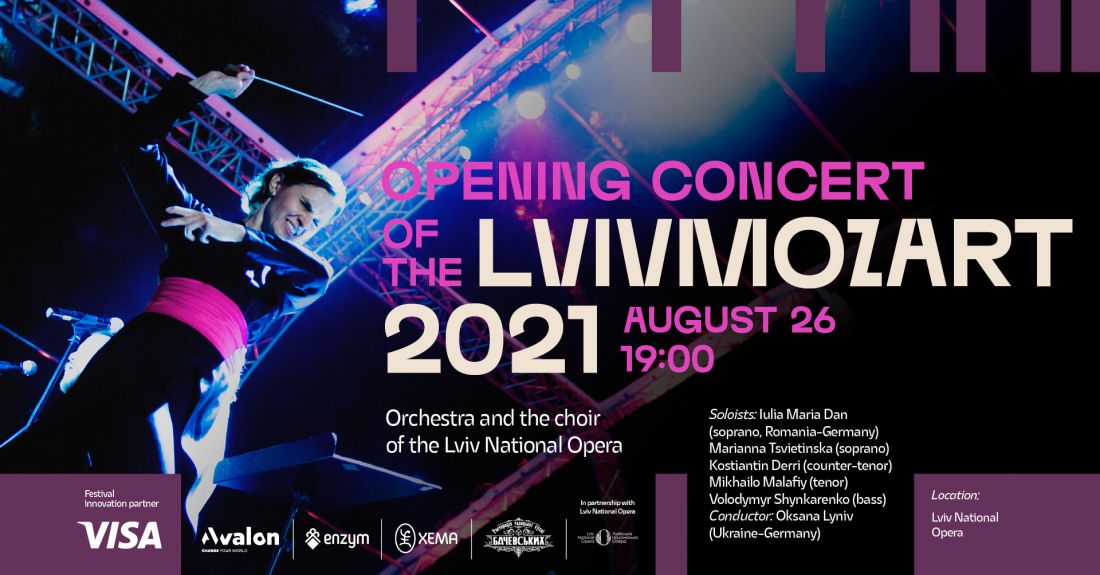 The long-awaited Fifth Season of the LvivMozArt International Classical Music Festival invites you to the grand opening!

The prima of the Saxon State Opera Iulia Maria Dan, the laureate of the prestigious competitions and the soloist of the European stages, tenor Mykhailo Malafii, countertenor Sviatoslav Tsema and also the soloists of Lviv National Opera Liliya Nikitchuk, Marianna Tsvietinska and Volodymyr Shynkarenko will take part in the festive gala-evening.

The concert program will include the unique performance of the First Franz Xaver Mozart’s Cantata. By the way, he is the patron and the ideological inspirer of the festival. Not without Constanze Mozart help, the public premiere of the First Cantata was performed at the An-der-Wien Theater in Vienna, when the young Franz Xaver was not even 14 years old. His early work was enthusiastically supported by the music critics : «He should never forget that the name of Mozart promotes him now, but it will put strict and high demands on him later; he ought to claw his way back from the path of arts. The First Cantata was considered lost for more than 200 years, and its discovery in the Berlin State Library was a valuable surprise.

The favourite arias from the operas of two iconic European composers will be performed by the invited soloists. The first one is a symbol of classical music and his name is Wolfgang Amadeus Mozart, and the second one is the famous Ukrainian classic — Dmytro Bortniansky.

The magnificence of voices accompanied by the symphony orchestra on the legendary Lviv Opera’s stage  is a unique chance to spend the last summer days together with the LvivMozArt festival.