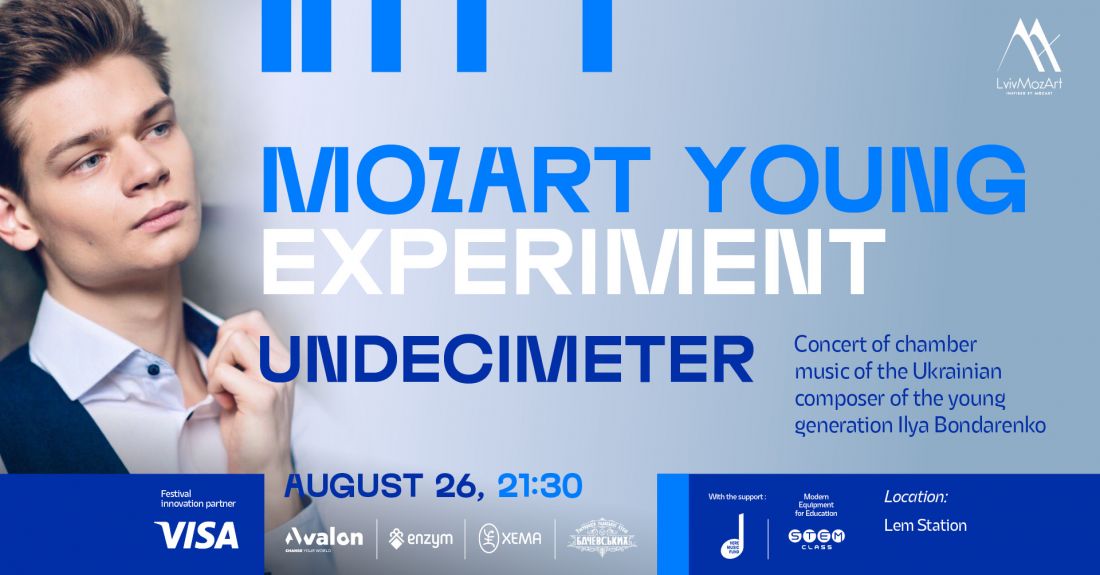 His biography is full of outstanding events, despite the fact that he is not even twenty. Illia Bondarenko was performing at the Winter Olympic Games in South Korea and also performed a new jazz version of well-known «Shchedryk» in the White House in Washington DC. His music was played during the meeting of the Pope of Rome in New York. The world-famous designer Takada Kenzo chose Illia’s music for his most resonant project «Okigari Koboshi».

The young Ukrainian played the only violin, which has survived after bombing of Hiroshima. According to the words of outstanding economist and cultural patron Bohdan Havrylyshyn, Illia Bondarenko is the youngest Ukrainian cultural diplomat. The special MozArt experimental evening «UNDECIMETER” of Illia Bondarenko’s music with folk and jazz elements, which will be performed by the best Ukrainian musicians, will fill your evening will a fresh stream of energy.

Three miniatures for violin and oboe

Three miniatures for violin and clarinets

Fantasy for three cellos and piano