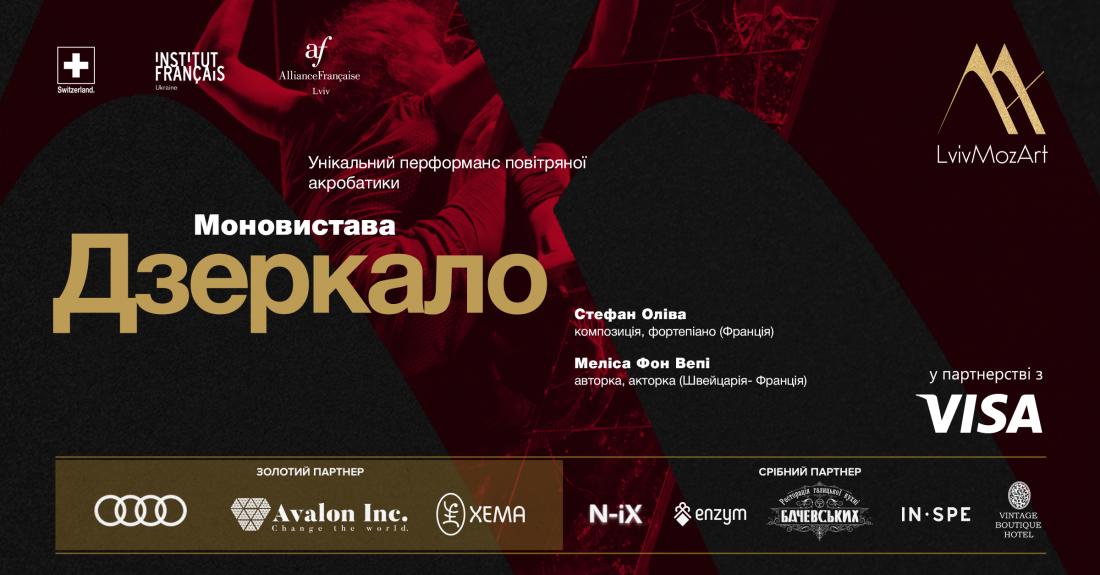 A special style of «art of aerial techniques» opens unlimited opportunities for oeuvre, researches intersections of physical and psychological aspects of gravitation and perception of reality.The words from novel by Joseph Roth «The blind mirror», a masterpiece of lyrical prose about young girl’s destiny during interwar times, written by author in 1925, will be the epigraph to the performance. The unique staging, in which Melissa’s aerial acrobatics will «sound», will become a real discovery even for the capricious audience.

Franco-Swiss artist Melissa Von Vepy, started circus at the age of 5 at the Ateliers des Arts du Cirque de Genève, then joined the CNAC, from which she graduated in 1999 as a trapeze artist. In 2000, she founded the Moglice-Von Verx Company with Chloé Moglia and they created three shows together: Un Certain endroit du ventre (2001), Temps Troubles (2003), I look up, I look down…(2005). With the latter they obtain the SACD prize for circus arts. Since 2007, Melissa Von Vepy has been pursuing a singular artistic research in which the scenographic elements she designs specifically for each show are an integral part of the dramaturgy of her plays, which are always based on aerial expression linked to theatre and dance: the physical and inner dimensions of Gravity. Since 2010, her creations will be created under a new company name: «Happés» meaning caught up in French as being «sucked» into a universe of poetic, philosophical and dreamlike metaphors evoking universal feelings and questions. It is this atypical groove that she continues to follow through the shows VieLLeicht (2013), J’ai horreur du printemps (2015), L’Aérien(2017), co-written with Pascale Henry, and Noir M1 (2018).

Stephan Oliva‘s career swiftly moved up in the late 1980s, during solo performances and performances with different ensembles. Composer’s and pianist’s sensual style and eclectic taste couldn’t be unnoticed.His discography was declared by press with awards such as «Golden Django — Revelation» (1992), Jazzman magazine’s «Shock of the Year» (1998, 2000, 2002, 2004), the Boris Vian Award from the French Academy of Jazz (2002), «Favourite Record» from the Charles Cros Academy (2002), listed in the Top 20 of «Les Inrockuptibles magazine»… Stephan Oliva is in love with cinema art, he writes music to the short meters and often accompanies during the broadcasts of silent movie. 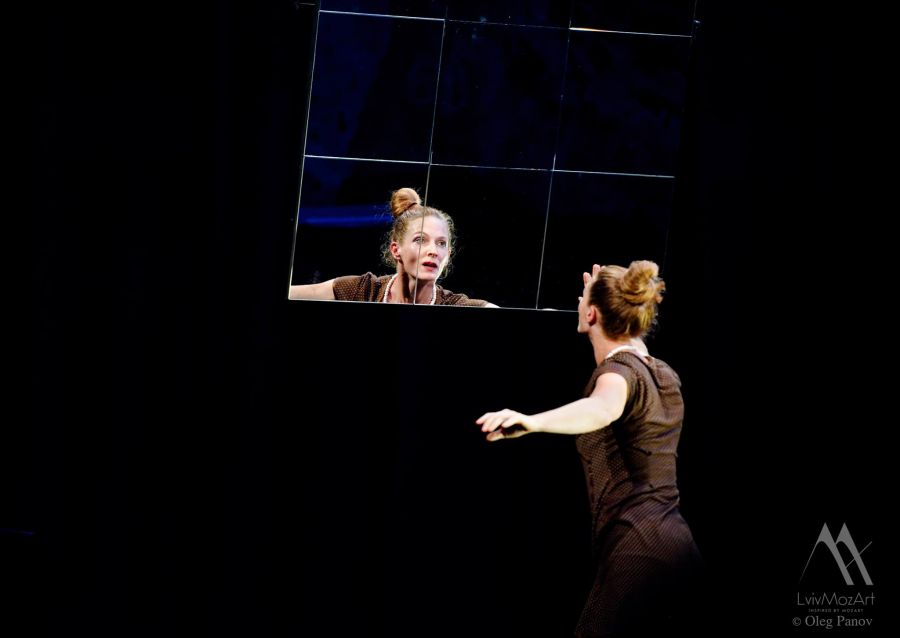 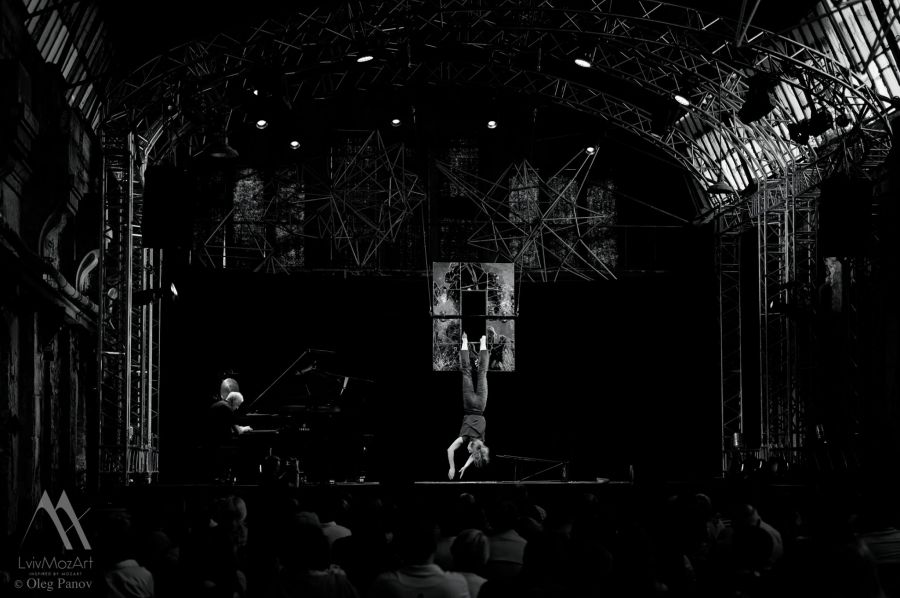 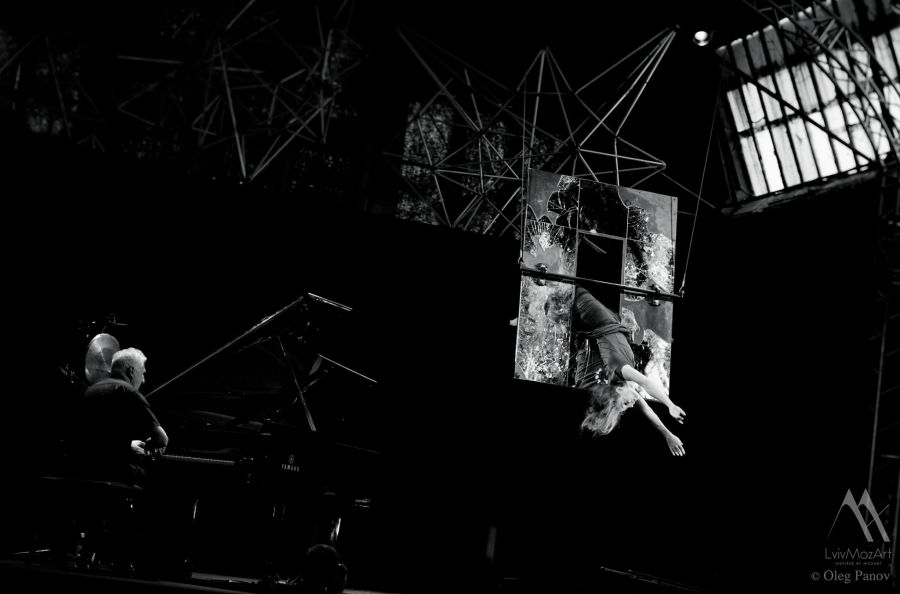 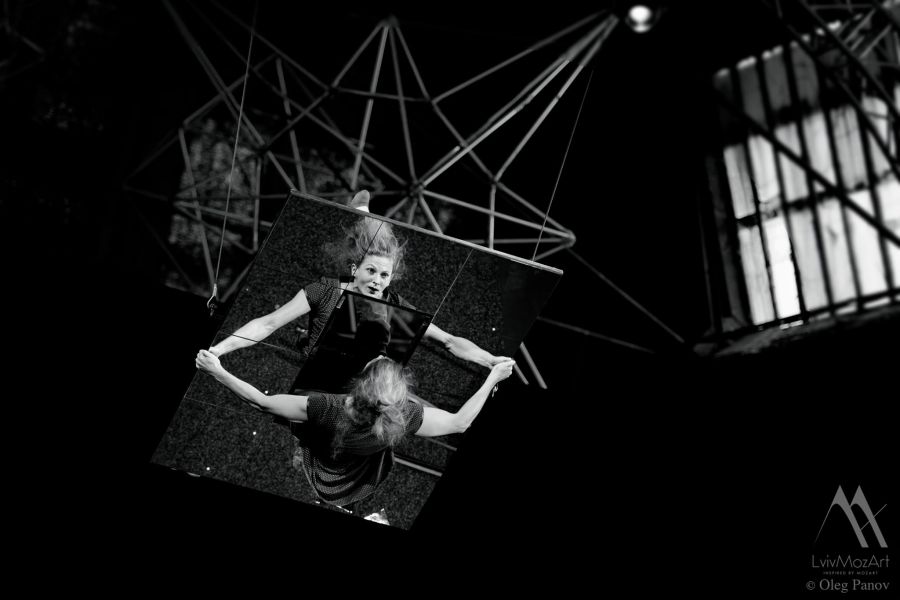 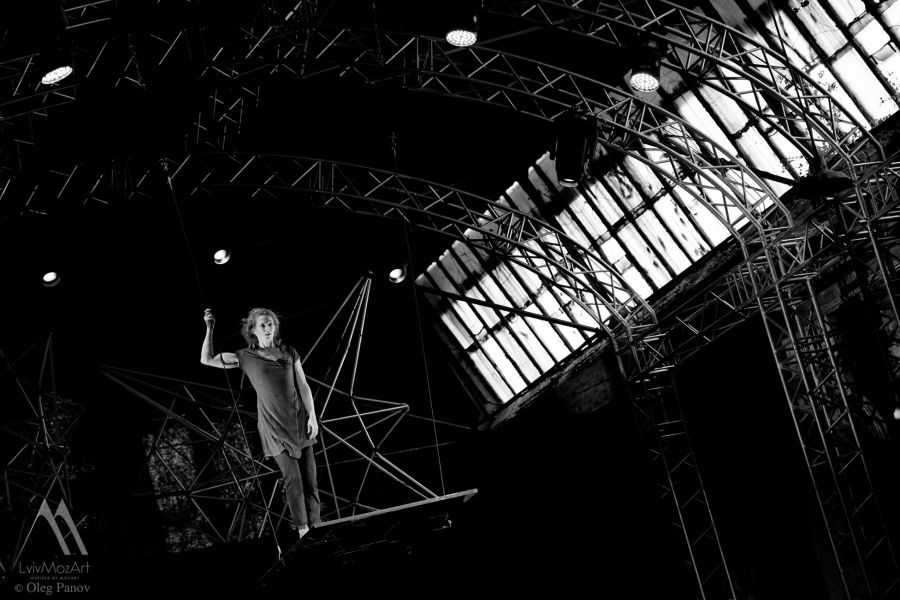