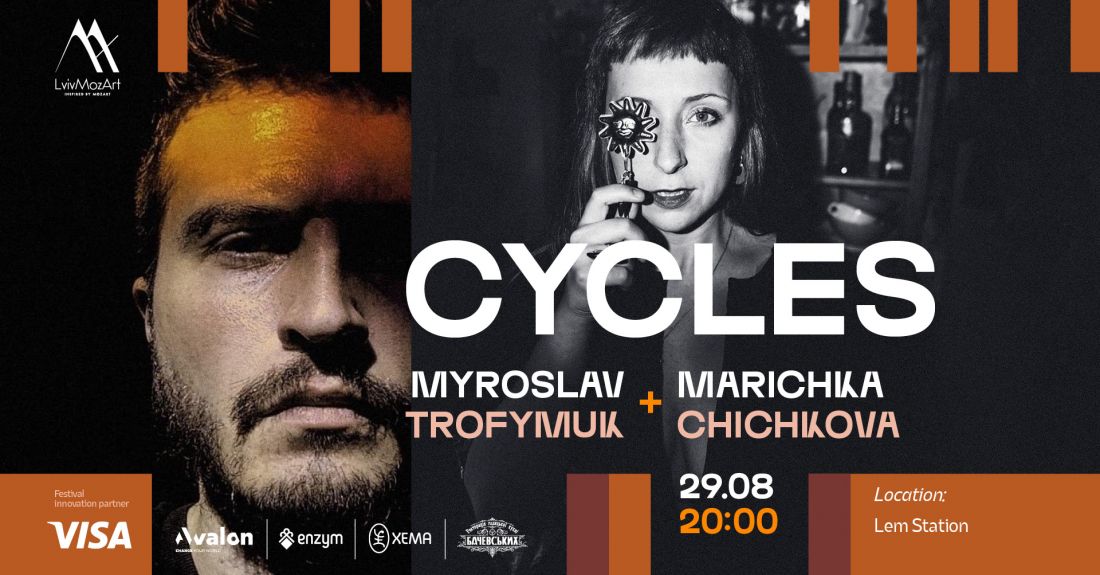 Electronic set with the  elements of ethno singing. Immersion into the depths of the ancient customs and traditions through the prism of modern times.

“The Cycles” project unites electronics, live vocal improvisation and video installation.  “The Cycles” express the states and initiations of the man throughout his life: birth, marriage, swaddling of children, tillage and the final step- death.

Since ancient times, there has been a special women’s symbolism in the life “cycles”, which our ancestors marked with certain rituals and songs.”The Cycles” also combine the stories about difficult topics in human relationships: loneliness, betrayal and domestic violence.

The Cycles could be considered both in synchronic and diachronic contexts. That is possible, because the story opens as a spiral. It builds up and concentrates on itself. As a consequence, the project integrates Ukrainian techno. The root theme of the songs’ series is a “transition” into a multilayered canvas of improvised electronics, ambient and melodically techno. Thus, the project synthesizes Ukrainian cordocentrism and the philosophy of posthumanism on the thematic layer. It’s aim is to find the answer to the question: “To be a human?” The Cycles project combines electronic, live vocal improvisation and video installation.