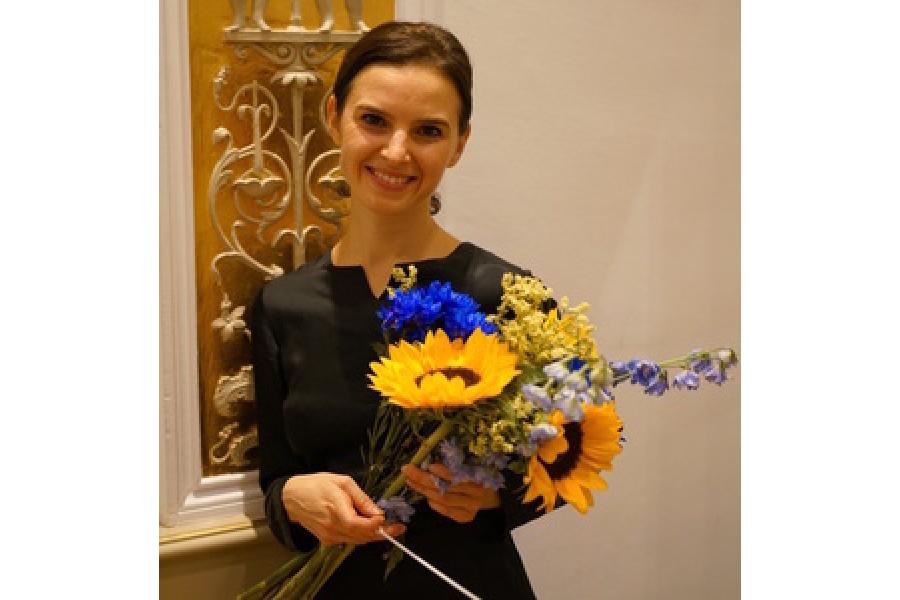 In September 2017, Oksana Lyniv, a Ukrainian conductor, was appointed as chief conductor of both of the Graz Philharmonic and Opera (House) orchestras (Austria). Her debut performance as chief conductor of the Graz Philharmonic orchestra was held in the Golden Hall of Musikverein in Vienna. It is one of the world due to its beauty, golden decorations and most importantly, excellent acoustics.

R. Schumann’s Symphony No.2, G. Mahler’s vocal cycle “Songs of a Wayfarer” and F. Liszt’s symphonic poem “Mazeppa” were chosen by Oksana Lyniv for her debut performance. “I have been always filled with longing to conduct R. Shumann’s Symphony No.2, because I am profoundly moved by the piece. It is one of the composer, which was written when he was experiencing his first acute personal crisis and which, eventually, helped him find the way out of the stressful situation”, shared her feelings Oksana Lyniv.

Gustav Mahler’s cycle “Songs of a Wayfarer” for a voice and orchestra abounds in piercing subtle psychological nuances of the plot development. The vocal part was performed by Marcas Butter (baritone). As the four songs (composed on Mahler’s own texts) unfold, they look like four chapters of the same dramatic story of a loving boy who cannot be close to his beloved, who is sick at heart and finds peace only in death. To perform Mahler’s works on the stage in Vienna is exhilarating for any conductor, since the composer himself was very scrupulous about conducting, and the period when he led the Vienna Opera is considered to be the golden age of its history Furthermore, the fact that Oksana Lyniv has chosen the work by Mahler as her debut may be regarded as highly symbolic – Oksana Lyniv’s promising international career was launched daring Gustav Mahler conductor contest in 2004, where she was awarded the third prize.

F. Liszt’s symphonic poem “Mazepa” is the musical embodiment of the image of Ivan Mazepa, a Ukrainian hetman, by the artists of the 19th century in their romantic interpretation. Franz Liszt, a Hungarian composer and pianist, used the plot of the poem by V. Hugo, where young Mazepa is tied to a horse and sent to the steppes for an affair with a married woman. “Although Mazepa is tied up and doomed to death on a wild horse in the deserted steppes, his majesty and human dignity are still felt. He never panics Moreover. He is always a hero who can overcome any difficulties,” told Oksana Lyniv. “I had never conducted “Mazepa” before, and I had always been seeking to do that, but until now I have not had a chance. It is often regarded as a work in the repertoire of exclusively chief conductors! Thus, when I faced the orchestra, I said, ‘At last I have become a chief conductor so that I can also conduct it!’

Oksana Lyniv was happy that her concert attracted a big audience, including a lot of Ukrainians, friends from Lviv and her loving parents who arrived to greet the conductor with her debut on the stage of Musikverein.